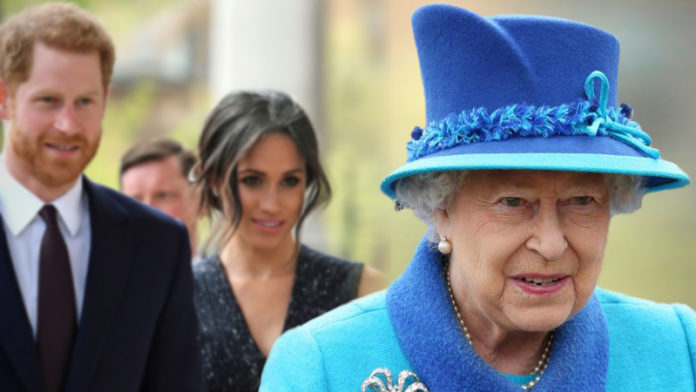 The Covid-19 worries everyone and the virus is spreading quickly. Queen Elizabeth II has decided to carry over her commitments!

The Covid-19 has arrived in Europe and has already claimed many victims in the United Kingdom. Thus, Queen Elizabeth II took care to take shelter and she cancels her visits!

It has been a few weeks since the Covid-19 hit Europe and it has claimed many victims. France, Italy and also England are facing the virus. Besides, this one wants to be dangerous for sick people but also old people. So Queen Elizabeth II had to take action.

The Queen is 93 years old and she must be very careful when facing the Covid-19. Thus, Elizabeth II has the duty to stay safe so as not to have the virus. As a result, on Friday March 13, she took some measures . The queen will have to limit her visits in the coming weeks.

The English will not see Elizabeth II much in the coming weeks. Indeed, the latter must take shelter and she will stay as long as possible at Buckingham Palace . According to the Daily Mail, the queen canceled all of her engagements.

ELIZABETH II REMAINS CONFINED TO THE PALACE
Queen Elizabeth II will not meet the English and she will not go to events next week Indeed, according to the Daily Mail, she would have already canceled all her appointments! “The Queen has canceled her public engagements next week”

The Queen’s staff took drastic action . Indeed, she launched an emergency plan to be sure that she did not fall ill. So she could choose to send Eizabeth II to another palace. ” She may have to go to Sandringham or Balmoral to limit the risk of infection,” said the media.

Then, Elizabeth II will also have to reduce her staff. Thus, she will have to come into contact with the fewest people and she will be less exposed to the virus. ” She would only be surrounded by a very small committee,” a source told the media.

This is the most surprising quality of V