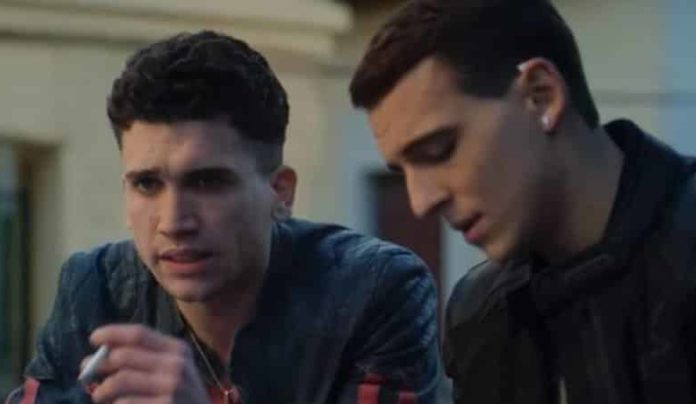 Good news for Elite fans ! Christian and Nano would be back for season 4 of Elite . The two boys were the big ones absent from season 3. And it must be said that we missed them!

For those who are fans of the dark Nano and the joyful Christian you will be happy, they will surely make their come back. We don’t know yet under what conditions, but that’s already good news !

The absence of the two actors was no mystery. It was simply because of their busy schedules and for good reason: La Casa de Papel was in the middle of filming its season 3 and 4.

But there Christian and Nano have more time and will be able to come back for season 4 of Elite . The actors unfortunately could not split before and had to make a choice.

CHRISTIAN AND NANO: SOON BACK IN ELITE!
This decision was very well understood by the director of Elite . “ We knew in advance that they would be less available. “He explains

He adds that he does not want them at all. “We knew they were on another Netflix series and we had time to react . Everything was done naturally »

In addition if Nano was still in danger in season 3, the death of Polo and his confessions that he can return freely. Same for Christian who was in Switzerland after his “accident”.

See Also
Elite season 4: a new cast to come for the new episodes?

In addition, a lot of main characters of Elite have to redouble their year . We will therefore find Samuel, Guzman, Omar, Anders, Rebeca in the casting. Even the beautiful Cayetana will be there because she takes over her mother’s job.

We cross our fingers to see the two friends come back. Their duo worked well on the screen and one wonders how will happen the return of Nano at home with Samuel. Case to follow.

Experts: With Biden, incentives and taxes will increase

Economic growth expected for 2021 thanks to Biden’s plan

Limit Has Been Made for Withdrawals in Egypt