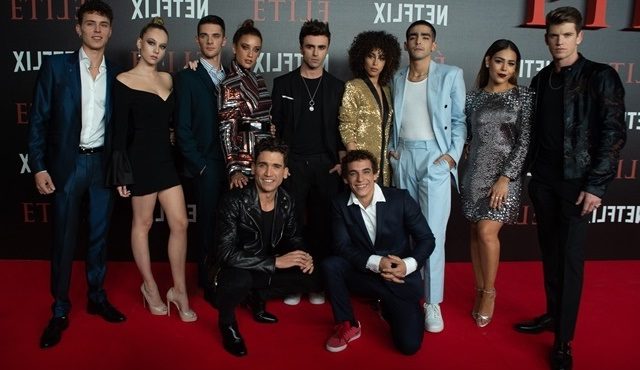 Elite fans will soon be able to see season 3. Season 4 may well mark a big change in the cast.

Elite fans can’t wait to see the next few episodes on Netflix. The production is already preparing a season 4 but it could review the entire cast. Attention, the article contains spoilers!

Next March, Netflix will put season 3 of Elite online . The Spanish series is a great success and all the fans are looking forward to seeing the high school students from Las Encinas. Polo returned to high school after admitting the murder of Marina. Nevertheless, he managed to get by thanks to Cayetana and everyone is anxious to see what will happen to him in high school. In addition, in the past season, Carla and Samuel got very close. So fans want to know if they will end up together.

the kids are coming

We will have to wait a bit longer to be able to see season 3 of Elite on Netflix . However, fans can already be reassured because the series has a bright future ahead of it. In fact, production is already working on season 4 and filming should start very soon. However, this next season should be without the main characters and there will be a change.

ELITE: THE CAST COULD CHANGE FOR SEASON 4
For the moment, Netflix has not announced the renewal of Elite. Nevertheless, according to the Fuera de Serie website, season 3 could mark the end of the story of Lu, Samuel, Carla, Guzman and the other characters. In fact, the chain plans to stage a new generation of students at Las Encinas. So by doing this, the series tends to have the same format as Skins. In addition, it will allow to stage a whole new plot and not to tire the fans.

However, for the moment, this big change has not been confirmed by Netflix. Thus, it is better to remain vigilant. What is certain is that Jorge Lopez who plays Valerio will not be after season 3 of Elite. Indeed, the actor plans to leave the series after this season. He wishes to embark on other projects even if he does not regret his passage in the series. ” Two seasons for me and Valerio, it’s perfect, I don’t want to do more “. he had said. Thus, the next season of Elite will end the love story of Valerio and Lu.

iPhone SE 2 is coming: know what to expect from the...

‘CRISIS IN INFINITY LAND’: THE FIRST IMAGES OF THE CROSSOVER OF...

Delete this SMS: Your WhatsApp can be stolen

PlayStation will organize an event with new images from The Last...

5 altcoins that could explode next month