Home News Elite season 4: What we absolutely want to see in the sequel 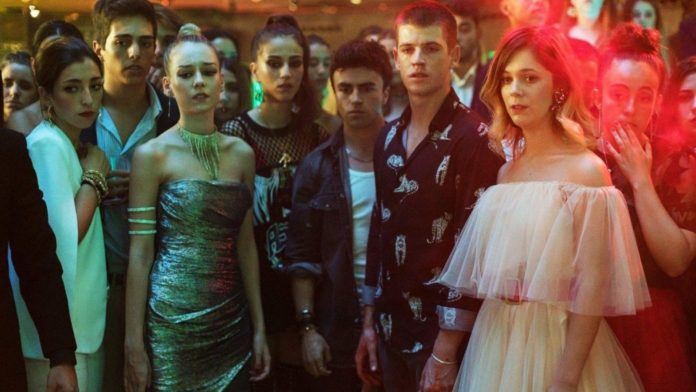 If a rumor evokes a radical change in terms of casting and intrigue for season 4 of Elite , the creator Carlos Montero seems to want to maintain the suspense on this subject. From what we decipher, some actors from the first three seasons will make cameos or come back in the guise of other characters, and the plot would be reviewed. If we already know that the interpreter of Valério will not stack for season 4 – believing they have done enough with this character – the others have not expressed interest in stopping .

It is possible that Guzmán, Samuel, Rebecca (the repeaters) cross again the path of the other pupils left to study abroad since the creator of Eliteraised the possibility that the plot would take place in another country. Like the American Horror Story series , the stars of the show could come back to play new characters. If Carlos Montero decides to resume the plot where it left off, this is what we absolutely want to see in the next season of Elite !

Well, even if we like it, we want to see if Lucrecia can get away with the murder of Polo in the next season. The impact of everyone’s fingerprints on the shard of the bottle is a fine proof of friendship, but it will surely not be enough to distort the truth. As a bonus, Cayetana cut herself with the broken neck and let blood flow on Polo. It is almost impossible for the inspector to miss such evidence … If Lu will probably experience difficult moments in the next episodes, we would like happiness to finally knock on his door.

We can’t wait to see how the former starlet will manage, without money and without the support of her parents.It would be interesting to show real awareness on the part of the young woman who has known nothing but rhinestones and glitter throughout her life . If she goes to New York, she could run into much worse plagues than she does. Perhaps she would go from the executioner to the victim in this new establishment?

See Also
Elite season 4: Omar and Ander in a love triangle on Netflix

If season 4 follows the intrigue of previous episodes, we want Nadia and Guzmán to finally give themselves a real chance. It is an injustice that this couple does not end up together in Elite . Ok, the young woman does not want to hurt her parents – very religious – but she has the right to choose who she loves. And as we know, feelings cannot be controlled. Guzmán becomes a better person thanks to her and vice versa. Perhaps the young man will leave Spain to find her in New York, unable to bear being away from her for a second longer?

Finally, it would be interesting if the intrigue of Cayetana is explored. The young woman refused the scholarship offered by the mothers of Polo and therefore now lives with her means. Finished school, she resumes her mother’s work and becomes a cleaning lady in Las Encinas.

Lacking rhinestones and glitter, could the teenager turn her jacket over and swing Lu to find even a hint of glory?This would not surprise us … If we can imagine that Omar will now live the perfect life with Ander, we are unfortunately not in the world of teddy bears. Nadia’s brother has tasted vice once, he may start again. With Malick or with someone else. The ban attracts and now that Omar no longer feels guilty about his darling’s illness, he risks giving in to temptation …

We can’t wait to get new details about season 4 of Elite on Netflix !