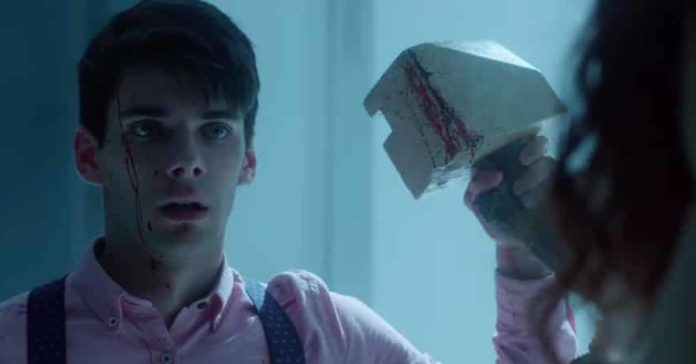 Season 3 of Elite is fast approaching. Before the fateful hour, the creators returned on the death of one of the characters: Polo.

Elite season 3 is coming to Netflix soon. For those who would have watched the trailer, the fate of Polo already seems to be traced . While fans are longing for this new season, producers are looking back on the death.

Only a few days left before Elite returns to our screens . As the students of Las Encinas start their return, the noose tightens all around Polo. Yes, the last trailer seems to deliver the young high school student to a tragic fate … Finally, if we do not know who wanted him wrong, the list of suspects is reduced.

The first of them: Guzman. After all, Polo is responsible for the death of Maria , his sister. If they were once friends, perhaps the time has come for them to cross swords. Some would even say that Guzman has all his reasons. Anyway, this new death has caused a lot of ink to flow.

Recently, the creators came back to this. According to them, killing Polo was “the most consistent thing to do . ” Something that Alvaro Rico, who plays Lu’s ex-boyfriend, agrees. Everything therefore suggests that this new season of Elite will unravel some intrigue around this character sometimes loved then hated.

ELITE SEASON 3: POLO HAD TO DIE
If the task was not easy for the creators of Elite , this decision seemed the most reasonable. At least that’s what they said to our colleagues at Sensacine. “Thinking about how to conclude this season 3, we felt it was the best thing to do, because season 3 will cover a lot of important topics , such as forgiveness, resentment, revenge.”

We therefore know more about the intrigue of Elite season 3 . “So, we thought it could not be another character than Polo,” concluded the show-runners. They did not hesitate to spoil us. According to them, the 8th episode of the season will be fateful for the continuation of the adventures in Las Encinas.

“When you see episode 8, where we discover the moment when he dies, you will see how his death is a very adequate conclusion to the story that we started to write from the beginning . How all of a sudden everything makes sense ” . Finally, the series has the habit of delivering such ends to us, with a death at the end of the season, already revealed from the first episodes. Hopefully the pace will not run out of steam.