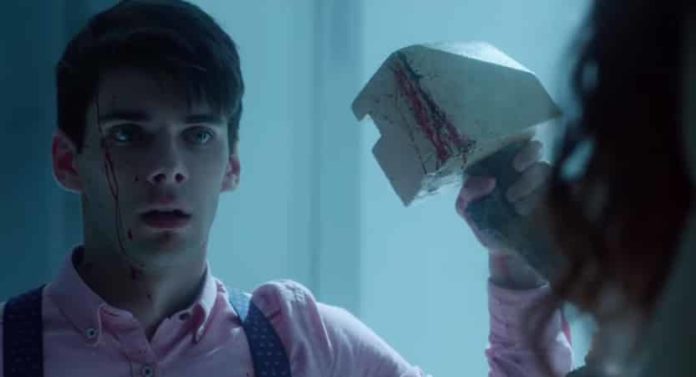 Elite has just unveiled its trailer. Let it be said: the third season promises to be rich in emotions. As the intrigue of Polo becomes clearer , the actor has evoked his character.

Elite is in full swing. The students of Las Encinas will therefore return to the school benches for a third season , always richer in suspense. To delight fans of the series, Netflix has released a new teaser.

In this trailer, the destiny of Polo is clarified. And to believe these images, it will not be very positive. Indeed, whoever killed Marina in season 1 of Elite could finally pay the price.

Interviewed by eCartelera, Álvaro Rico (Polo) therefore spoke of the tragic fate of his character. From what he said, he knew what to expect. Watch out, spoilers.

ELITE SEASON 3: POLO HAS A MORE THAN PREDICTABLE FATE
In the latest Elite trailer , we learn that the authorities are investigating a new death: that of Polo. It must be said that he didn’t just make friends . Most know that he killed Guzman’s sister in the first season. Even if he was not charged, for lack of evidence.

According to Álvaro, the fate of Polo was more than predictable. “I was expecting that conclusion a bit, actually. He is a character who fucked up the mess in season 1, and who is at the center of the series . For him, if he did not die, “it’s as if we cheated the viewer, and even more after season 2” .

For him, Polo would even have “a little deserved” this end. ” As an actor, I was ready to shoot an ending that had something to do with an epic death ,” he says. Finally, this short teaser from Elite does not reveal more about the circumstances of his death, nor even the person responsible. All that remains is to wait for the kick-off on March 13. To be continued, therefore!

Fire of global markets, affected Bitcoin and those playing up in...

‘Joker’: Joaquin Phoenix improvised one of the most important scenes