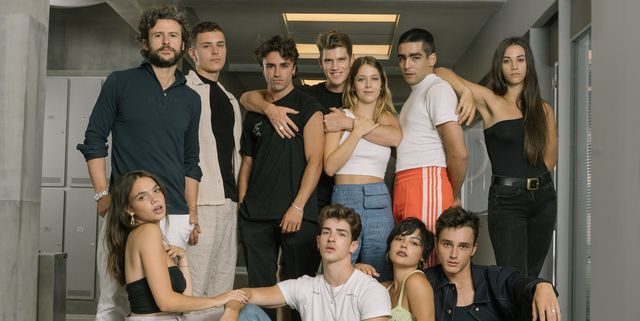 Surprising! Claudia Salas and Martina Cariddi announced incredible news for the followers of the series “Elite”, the actresses confirmed that there will be a fifth season of the series; The announcement shocked fans of the project.

We remember that the filming of the fourth season ended in December 2020, as there were some situations due to the COVID-19 pandemic, because in Somagnews we inform you that the recordings were suspended due to a case of contagion.

Although at the moment the release date of the fourth season of “Elite” is unknown, the official Twitter account of Netflix Latin America, announced in a fun video that there will be a fifth season.

The Netflix streaming platform revealed that the fifth season of the series is in production. In the clip you can see Claudia Salas, who plays Rebeca with Martina, where they were both preparing a cake to surprise.

The actresses were decorating the cake with the allusive colors of the series, and when they announced that they placed a number five, they mentioned that there will be a fifth season of the series. The announcement has left fans very excited.

In the same way, they also shared another funny video on the official Instagram account of the Spanish series, where two beautiful actresses appear opening a gift box and inside it was a huge balloon in the shape of the number five.

After announcing that there will be a fifth season of the series “Elite”, fans are eager to know more details of the fourth season, although they have also been very happy to know that there will be new surprises with the characters of the project.

Have you been fascinated by the previous seasons of the Netflix series? Leave us your comments.