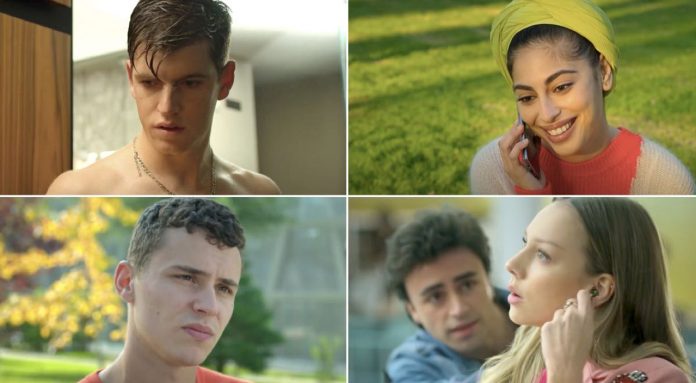 Announced special episodes for the Spanish-made youth series Elite. The series, which has a large audience around the world, will appear in its fourth season on June 18. Announcing “Elite Week” on June 14-18, Netflix will broadcast mini episodes consisting of the main characters of the popular production Elite: Stories in those days.

It has been announced that the audience will encounter surprises in the special episodes that will be released under the name of “Elite: Stories”. It was noteworthy that several characters who left the series in the third season were also seen in the episode trailers.

Elite: Stories focus on the main characters of the series

Elite focuses on the class conflict between three Spanish young people from the working class and their wealthy friends, whom they met at Las Encinas, a private college after their school burned down. Things get complicated when the megalomaniac behavior of the young people towards each other leads to murder. Currently on Netflix for three seasons, Elite illuminates a different murder each season.

Like every teen drama, Elite has couples that stand out: Carla and Samuel; Ander and Omar; Nadia and Guzmán… The couple’s gap had been widened in the last season. The character Nadia, played by Mina El Hammani, left the series, and a similar situation occurred for Carla, who was brought to life by Ester Expósito. In the Elite: Stories sections, which will be broadcast between 14-18 June, the times these couples spent the summer before they started Las Encinas will be told.

Elite: Stories is a new story series prepared with the aim of “expanding the Elite world”. The series that looks like a spin-off at first glance is actually not like that. According to the producers’ statement, these episodes were created to provide viewers with new stories about Elite and its characters.

From the first photos shared, it seemed that the specials would only revolve around the quartet of Omar, Ander, Guzman, and Rebeca. However, as far as we understand from the new trailers and descriptions; The paths of Nadia, who moved to New York for her training in the third season, will cross with Guzmán at the party invitation she received from her brother Omar.

Carla will try to be prevented by Samuel, who wants to continue her school in London due to the troubles her family is in. Samuel will want to make a big gesture to prevent the woman he loves from getting on the plane.

One of the most important issues about the new season is the new faces we will see in the Elite series. It appears that characters whose names are said to be Ari, Mencia, Patrick, and Phillipe are not included in the special episodes. We can say that these will meet with the audience with the new season.

When will the episodes be broadcast?

The dates for the Elite: Stories series, which consists of 4 seasons in total, are as follows:

On June 18, Elite: Stories will take its place in the Netflix catalog with the highly anticipated 4th season.