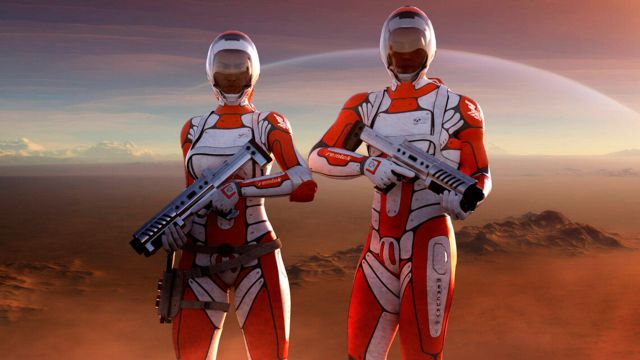 Elite Dangerous Odyssey: The new Elite Dangerous expansion is now available on Steam, the Epic Games Store and Frontier Developments’ own store starting at € 34.99.Elite Dangerous Odyssey, the long-awaited new expansion of Frontier Developments ‘celebrated space exploration video game, is available today on PC via Steam, the Epic Games Store and its creators’ own digital store, starting at 34.99 euros. This has been announced by those responsible, sharing a new launch trailer that shows the main novelties of this new and ambitious content that has gone through several testing phases in recent months.

Now available on PC and soon on consoles

Thus, and as the new trailer progresses, the main novelty of Elite Dangerous Odyssey is the possibility of getting off the ships for the first time and exploring the planets we visit on foot, greatly opening the range of possibilities of the Frontier Developments video game to level exploration, missions, trade and even first person combat with included shooter

In addition, all these novelties can be done both alone and in the company of other players through the cooperative options offered by the title, all to unlock a huge number of new rewards, from cosmetic items to weapons of great destructive power.

“This is the next step in what has already been an incredible journey and exciting project with Elite Dangerous since we launched the Kickstarter more than eight years ago. The team has achieved a fantastic result on an astonishing level: from the detail of a human footprint to the vast distances through star systems and beyond. The rich and detailed recreation of the Milky Way on a 1: 1 scale is impressive. For me it is not just about detailed exploration and combat, but about the gothic beauty of seeing the stars, planets, moons, or the moons of the moons themselves rise and fall or do complex pirouettes on their trajectories, while every little point or nebula in that sky is really there and can be visited, ”explains David Braben, CEO and founder of Frontier Developments about the new Odyssey expansion.