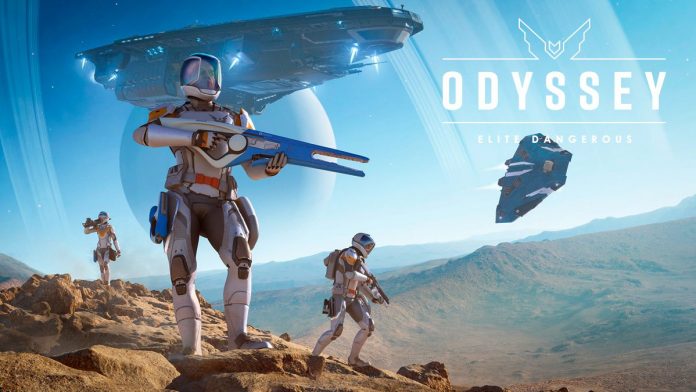 Elite: Dangerous has been on the market for a whopping six years now. Then he surprised us with a galactic map whose dimensions lead to metaphysical statements. The entire galaxy to discover was the premise with which we immersed ourselves in this universe. Unfortunately it did not take long for the tears to be seen in the seams of this fantasy when we realized the scarcity of things to do in the immense cosmic void.

Since then Frontier has been working on increasing the variety of activities available with numerous patches and even a major expansion with Horizons that has ended up adding to the base content. Yet veteran players still have the feeling that Elite is a great “grind”, a game where the possibilities seem limitless but end up being few and far between. With the new big expansion, Odyssey, Frontier aims to catch up with the other colossus in the distance that is Star Citizen allowing us for the first time to set foot on the planets that until now we observed from a distance. Will these and other new additions be enough to bring the Galaxy to life?

Odyssey represents the culmination of nearly seven years of development for Frontier, the completion of the core development process for Elite: Dangerous. We want to start there, by pointing out that what we are presented here is not a finished product, certainly not what we have seen in this Alpha and it will surely not be finished when it is released to the public in less than two weeks. From the first moment we noticed that the new additions are more Early Access than finished products and the fact that things have not improved much during the long period of Alpha as well as the industry’s behavior pattern makes us assume that they will arrive like this. .

Take as an example the supposed “Armstrong moment” of the saga. For the first time we can land on a planet and go for a walk with our own feet. Primitive, perhaps, but a moment that many had been waiting for too long. We see a planet where we can land, we break the atmosphere, we gently support our ship on the surface and there, innocently on the menu is the long-awaited option to disembark. We pressured her, eager for the outcome to meet… that we teleported to the surface without pain or glory. If it was painful enough for the community that we have not yet been granted the privilege of enjoying the interiors of our ships, the lack of even a rudimentary animation to get off of our ships hurts and makes the best part of this expansion Bittersweet taste in the mouth.

On the other hand, once we are on the surface of the desired planet, we can contemplate our immense space vehicles from the ground, an overwhelming spectacle that helps us to become aware of the absurd scale of these ships that we so trivially drive through the galaxy. The “little” Cobra are big enough to accommodate a family; an Alliance Challenger would be considered a large mountain on the Peninsula; the Imperial Cutter is simply colossal. Those entering the expansion as veterans of the title can look forward to seeing their fleets in a new light, no doubt the high point of this expansion.

Unfortunately, the rest of the new additions to the game, although sometimes promising, sin to be in a first phase of development and sometimes it gives the feeling that they have not looked at the right place when designing them. For everything Elite adds in this expansion we can see the future work Frontier has to make it shine and be a notable addition to the title. Space stations, for example, are now passable and this is how we will have to get the new contracts to do missions on foot. Unfortunately, despite the spectacle of observing a space station on foot from the inside, we don’t find the playable loop to benefit much from this addition. When before it was enough to land on a space station, look at the menu for a few seconds and we were ready to set sail, anything related to missions on foot requires interacting with an NPC of the station.

These NPCs are completely devoid of personality, both in their exterior design and in their dialogues, making us wonder why to go the extra mile when the previous simple text menus did the same function and faster. The design of the stations themselves is extremely monotonous and although there may be more variations as we explore the galaxy in our adventures we have only seen changes in their arrangement, not in their aesthetics, which is too colorful and cheerful for the sober. and industrial world of Elite: Dangerous. Add to that the fact that we technically observe a drop of up to 50 frames while we are in one of these stations as opposed to being in outer space. Visual fidelity is not enough to explain these lows and it is one of the things that we hope will be polished before launching this expansion on May 15th.

Another new addition to the saga is the possibility of taking interstellar taxis. These basically act as an automatic vehicle for those players who simply want to assault bases on foot without complicating the complex galactic flight system of Elite. Outside of being a fast travel system, the essence of Elite is maintained here by making the player sit in the ship and observe how the artificial intelligence pilots. Maybe a good time to listen to a podcast while we wait to land. These taxis seem like an innocuous addition to us, but perhaps it will help those who have just begun to delve into the title.

With feet on the ground

Finally, let’s talk about Odyssey’s biggest addition to content and the work required by the studio to create it: missions on foot. As we have already mentioned, for the first time we can wrap our character in a spacesuit to participate in numerous contracts that are more similar to any “FPS” than to the space simulator that is Elite. After completing a few, the feeling that leaves us is of having the level of development of a mediocre example of the genre a decade ago. Everything that really matters in an FPS, be it the sensation of impact of our bullets, the movement of our character or the artificial intelligence of the enemies leaves much to be desired. Simple acts like opening a closet are archaic with primitive animations. What it seems that Odyssey is trying to pose us is a Prey in space, a systemic game where we are faced with various objectives such as hacking a computer, sabotaging the base or simply massacring the inhabitants. Unfortunately all the elements that make up the first person experience require extensive work to match other contemporary titles.

New Amsterdam Season 4: Ryan Eggold talked about the wedding and...

Duchess Kate wears a military uniform during a visit to the...