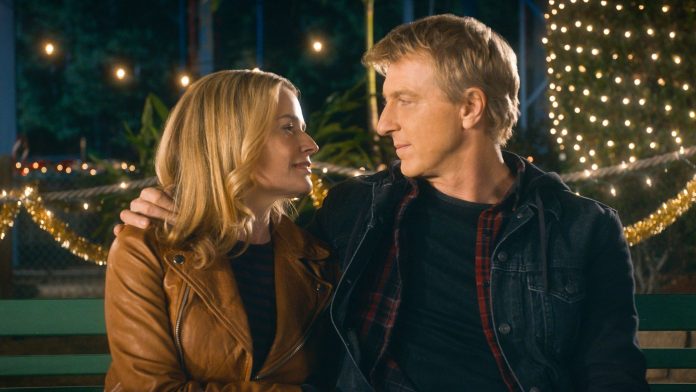 Season 3 of Cobra Kai was recently released by the Netflix platform, which has brought a lot of surprises, but one of them was the return of actress Elisabeth Shue as Ali Mills.

Cobra Kai co-creator Josh Heald explained during an interview that they were unsure about the return of actress Elisabeth Shue as a guest star.

But, that, during the second season of the show, the film crew made a little hidden announcement about his return. Although he was not sure if the actress would accept at the time.

“When we filmed that moment of Johnny throwing his phone on the beach and the camera finds that Ali Mills Schwarber accepted his friend request, we didn’t know Elisabeth Shue was coming back. We certainly hoped it would! It was a bit like a flare shot into the sky to say that we are here. ”

No doubt that little scene made Elisabeth Shue answer the call. Ali Mills returned to the town recently divorced from her husband and met up with Johnny to reconnect and talk about their lives since high school.

But, her return is not only key to helping Johnny overcome her past heartbreak and seek a new opportunity to love, but it is fair to say that her participation will also help the situation between Daniel LaRusso and Johnny.

Mills’ return weighed heavily on Cobra Kai season 3, which moved the story of the central characters forward, something that shows the effort the show makes with the former Karate Kid characters.

Not only was Shue the only one to return for this new season, but we also saw other Karate Kid characters, such as actress Yuji Okumoto as Chozen and Tamlyn Tomita as Kumiko.