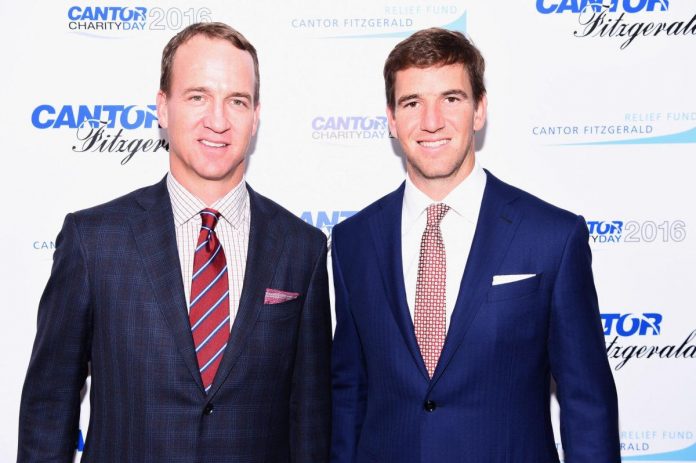 Former Giants quarterback Eli Manning has run into a bunch of football players over the past couple of days.

From Rams Hall of Fame member Orlando Pace to Jim McMahon and Ty Detmer, Manning has been photographed with many former players. But it was the one he faced on Wednesday that got the fans talking.

“I’m on a roll,” Eli tweeted. “Today I ran into another football player.”

A photo of the two-time Super Bowl champion with his older brother Peyton has gone viral on social media.

“Hmm, this dude looks familiar. Isn’t he hosting an alternative Monday Night Football TV show with you?” another fan asked.

“At the age of 8, I go to my mom’s room with my friend to ask if he can spend the night,” Rob Pearsall wrote.

Must love the Manning brothers.