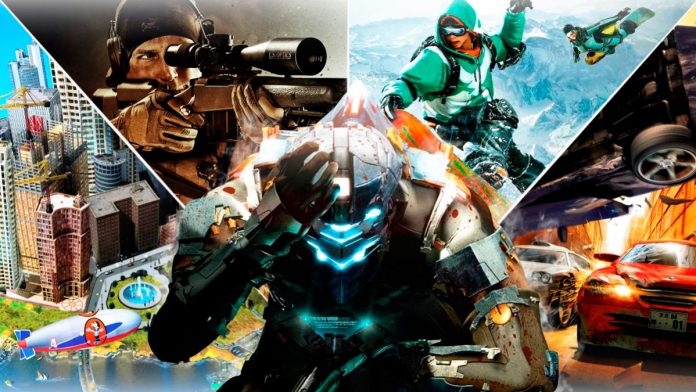 Electronic Arts: We reviewed Electronic Arts‘ forgotten licenses in recent years, including Burnout, Dead Space, Jade Empire, and more. The trajectory of Electronic Arts in the market is the most extensive. Dozens of brands are part of a diverse portfolio. Sport, strategy, role, driving … there are several genres that it has gone through since its founding in 1982. What can the future hold? EA Play Live 2021, the presentation of its development grid, will mark the roadmap that they will follow in the coming months.

Some brands are in excellent health. This is the case of FIFA, Battlefield or The Sims; all three are part of your spine. But at the same time they miss the presence of some historical brands, intellectual properties that would be well received by their fans. We review some of them and how long we have not seen them.

Latest installment: Burnout Paradise (2008)
Responsible study: Criterion
Electronic Arts has always bet on driving in its arcade side. Although Need for Speed ​​seems to have the upper hand at the moment, Burnout has been the hit brand in recent years. We must look back 13 years to see the last great installment, which took us to the open world of Paradise City.

Just when a decade was marked since its launch, we received its remastering, the complete package adapted to the consoles of the last generation. There is no doubt that it was a popular installment in its day, but for some reason we stopped seeing it in motion. Criterion Games, those responsible, would move to other projects, including within the Need for Speed ​​franchise. Be that as it may, the IP has room to continue filling that market gap that demands adrenaline on all four wheels, whether in the hands of its original creators or by Codemasters.

Last installment: Dead Space 3 (2013)
Responsible studio: Visceral Games (closed)
Among Dead Space fans, the possibility of seeing a new installment of the saga always hovers. On paper it would be a somewhat complex task. Visceral Games, in charge of the original trilogy, closed its doors in 2017. To make it happen, another studio should take the reins. It may not be a definitive sign, but the official YouTube account profile has recently been updated after years of not doing so.

And the truth is that it is missing. The mixture of survival horror with third-person action catapulted the adventures of Isaac Clarke. Of course, his followers are closer to what was achieved in the first installment, compared to the explosive development of the third installment. His arrival was even overlooked too much: 2013, development for the PS3 and Xbox 360 generation on the verge of receiving its successors … Several factors caused its lack of impact.

Devil May Cry Peak Of Combat: Mobile Game To Be Released...

Dying Light Ironizes The Gamer Profile In Its New DLC;