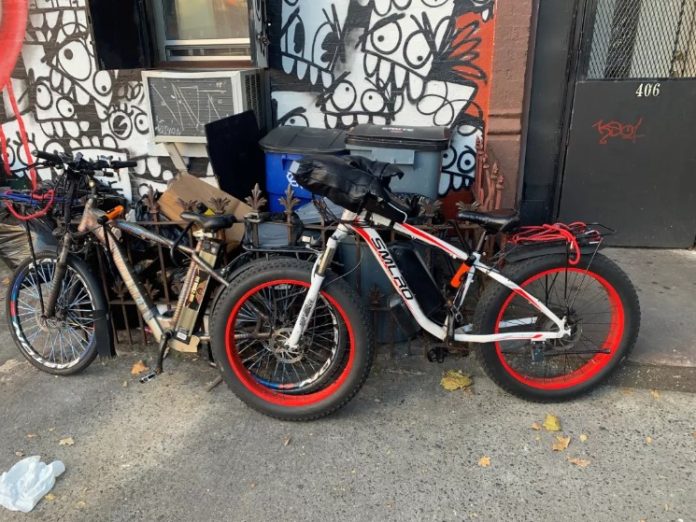 Cheap used batteries and unsuitable chargers can cause an explosion

In short: e-bikes have become popular as an alternative to mopeds and motorcycles without harmful emissions, but charging them can be dangerous. Over the past two years, the number of fires and injuries caused by the explosion of e-bike batteries has sharply increased in New York.

The New York City Fire Department reports that it investigated significantly more fires caused by e-bike batteries last week than in the whole of 2021. The city authorities have proposed several solutions, including rules and partial bans.

Batteries for electric bicycles caused an estimated 174 fires in New York in 2022. That’s an average of about four fires a week. By the end of the year, this number could double from 104 last year and quadruple from 44 registered in 2020. Battery-related fires have already injured 93 people and killed six New Yorkers in 2022, compared with 79 injuries and deaths last year.

The problem lies between the lithium-ion batteries of bicycles and their chargers, which are not always compatible with each other. If the driver uses a charger with the wrong power level, it may overheat the battery after it is fully charged, which can lead to a fire. Combustible material can also leak out of the cells and ignite.

In addition, users often choose refurbished batteries that pose a higher risk. Many e-bike drivers are couriers and deliverymen, for whom new batteries are prohibitively expensive. It is also difficult for firefighters to determine which batteries and chargers are unsafe, because fires usually lead to their destruction beyond recognition.

Another danger is that batteries, especially refurbished ones, can be charged for hours. Users cannot observe the entire process and can leave them connected to the network overnight. Some restaurants may store e-bikes on site, but Door Dash or Uber Eats freelance couriers have no choice but to pack them into tight apartments.

One new proposal will attempt to completely ban used power supplies, while another will require stricter national battery testing standards. Earlier this year, the New York City Housing Authority tried to ban electric bicycles and batteries in thousands of buildings. However, this failed after strong resistance from couriers and officials.

Earlier this month, New York City Mayor Eric Adams announced a $1 million program to create centers for freelance couriers, including charging stations. However, it is unclear if they will allow overnight charging.

WhatsApp is used by 75% of small and medium retailers as...