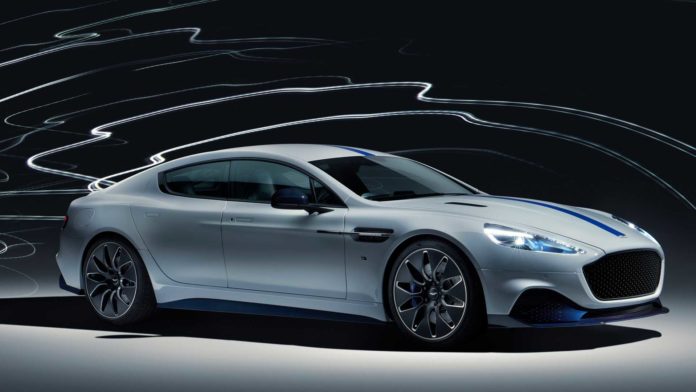 Aston Martin’s electric vehicle Rapid E, which is expected to begin production at the end of 2019, is said to have been canceled before the start of production. The source of the allegations was the sources close to the British producer.

Autocar announced last Friday that London-based luxury car maker Aston Martin has completely unplugged the Aston Martin Rapide E sports sedan, which is planned to be fully electric. What has been busy for a while and many ads in the name of the vehicle is canceled before the start of the production of what has been wondering why.

There is no official statement made by the company officials that the production of the vehicle has been canceled, but the sources of the claims are very close to the company. The claim continues that this particular model will now be used in the development of electric vehicles the company will design in the future.

The production of Aston Martin Rapide E was expected at the end of 2019:

In 2015, the Aston Martin Rapide E, a concept car, was first introduced at an auto show in Shanghai in April last year. The Rapide E, which the company said would produce a limited number, was expected to produce only 155 units. The production process of the vehicle in late 2019, St. Petersburg. It was supposed to start at the production facilities in Athans, but it didn’t.

The production version of the Rapide E was said to use a pair of electric motors, 610 horsepower and produce 950 Nm of torque. However, the vehicle can be reached in 0/100 km in less than 4 seconds, reaching a maximum speed of 250 km / h. Using a 65 kWh battery in the battery, Rapide E’s promises included a range of 322 km with a single charge.

Aston Martin’s electric sedan, which can reach 80% fullness in just 15 minutes and can drive 200 km, continues to remain unclear for the future of Rapide E. Like you, we are looking forward to announcements made by the company officials in the coming days. You can follow us to be aware of all the developments in this process.