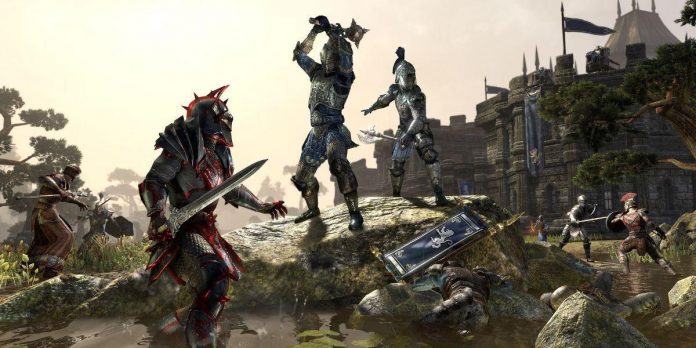 Weapons in The Elder Scrolls Online come in a variety of forms. Each skill tree has a good mix of ranged and melee combat options, each of which usually controls several separate weapons. For example, the branches “One-handed Weapons”, “Shield” and “Paired Weapons” cover axes, swords, maces and daggers.

Every new set of armor in High Isle When it comes to evaluating the usefulness of weapons in The Elder Scrolls Online, “bad” usually just means that there is a better option in the weapon skill tree. Almost every weapon in ESO is perfect for use, mostly with small differences between similar types, but these minor differences can mean a huge difference when it comes to maximizing output DPS.

The question of impractical weapons in Elder Scrolls Online usually comes down to the general choice of weapons in various builds of Elder Scrolls Online. For example, there are definitely strong abilities in the Bow skill line that find application in builds designed for them. As a rule, bows are inferior to staves of destruction in most DPS-oriented builds.

This is especially true when comparing bows to lightning staffs, which tend to be favorites for building damage in terms of magic. However, if you need a ranged combat option for your character without using magic, bows are a viable replacement. Just keep in mind that you will almost always deal less damage than similar builds that focus on the Staff of Destruction instead.

There are three types of destruction staffs in Elder Scrolls Online: fire, ice and lightning. Regardless of which of these three items you have equipped, you will receive bonuses from your chosen passive skills in the tree. However, some passive abilities offer different bonuses depending on the type of your staff — in particular, Tri Focus and Ancient Knowledge.

RELATED: The best MMO for Beginners With an equipped Ice Staff, Tri Focus creates a temporary shield from damage and forces the lock to consume magic instead of stamina. The “Ancient Knowledge” perk reduces the cost of blocking and increases the number of blocks that can be blocked with an ice staff. The problem with these bonuses is that they are designed for a defensive style of play, where players using Staves of Destruction usually want to maximize their damage rather than minimize the damage they receive.

Although not to the same extent as ice staffs, fire staffs are too pale compared to lightning staffs when you take into account all three types of destruction staffs available in Elder Scrolls Online. As with Ice Staffs, the Three Focuses and Ancient Knowledge affect Fire Staffs differently than other types.

Tri Focus allows Fire Staff attacks to deal a decent amount of additional damage on a single target, while Ancient Knowledge does the same. Lightning Staff, however, deals huge AoE damage with heavy attacks with Tri Focus and gets a bonus to all AoE damage from Ancient Knowledge. Although fire staves are better against a single enemy, most of the battles in the game are fought against more than one enemy, so it is better to use a lightning staff rather than all the others for more reliable and uniform damage in both group and single situations.

Some weapon-based skill branches in Elder Scrolls Online, such as the Destruction Staff branch, give different bonuses depending on the type of weapon equipped in a larger category. Maces, swords, daggers and axes fall under the advantages of the “Paired Weapons” tree (as well as the “One-Handed Weapons” and “Shield” tree), which has the passive abilities of “Double Blade” and “Crushing Weapons”.

With this passive, each equipped axe increases the amount of critical damage dealt by players by 6%, up to a maximum of 12% for two. The problem with this bonus is that a Critical Hit must actually hit in order to have any real advantage. With this perk, each dagger increases the chance of a critical hit by 812, which eventually becomes a much better choice for almost all DPS builds with paired weapons.

Maces have the same problem as axes, in that they are not necessarily bad in the “One-Handed Weapon and Shield” tree, but they are not as good as daggers or swords in the “Paired Weapons” tree. The bonus for each equipped mace is an increase in armor penetration by 1650, up to a maximum of 3300 penetration.

Although this is better than the increase in critical damage given to axes by a double blade and a passive strike, it is still not as effective for most dual weapon builds as variants with any of the blades. Daggers, of course, add a critical strike chance, useful in every way, but swords also increase weapon and spell damage by 142 each, which can really make a difference for builds that use a lot of spells in their combat rotation.

The Elder Scrolls Online is available for PC, PlayStation 4 and 5, Stadia, Xbox One and Series X|S.