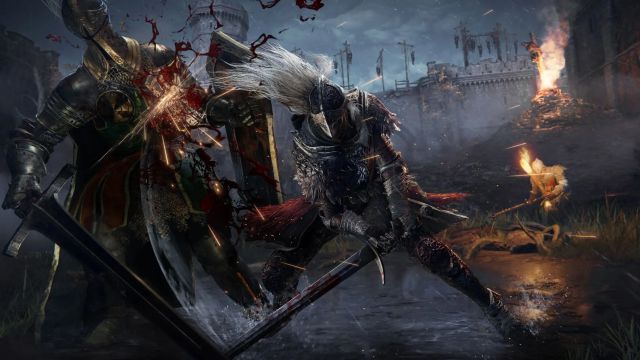 Elden Ring: Hidetaka Miyazaki’s new video game was shown at Summer Game Fest 2021, two years after its announcement. Geoff Keighley already anticipated it on Twitter a few minutes before closing the Kickoff Live gala of the Summer Game Fest 2021: waiting for the final fireworks was going to be rewarded. After years of silence, Elden Ring took over the stage again with a new gameplay trailer, in which some of the relevant details of Hidetaka Miyazaki’s next work were finally revealed. As an intergenerational title, it is worth wondering if the updates to the new consoles will be free if we have a copy on PS4 or Xbox One.

The answer is yes. In a press release, Bandai Namco has confirmed that those who purchase the previous generation version will have the opportunity to upgrade completely free to the Xbox Series X, Xbox Series S and PS5 editions. As always, it must be borne in mind that if the purchased copy is physical, it will be necessary to have a console with a disc reader to be able to carry out the process.

FromSoftware’s new video game is a fantastic open-world game, with a very dark touch in its setting. All these immense scenarios will be interconnected in a fluid and seamless way, with cycles of day and night. We can move around the territory on foot or on horseback, as well as enjoy the trip alone or in the company of other players. Hidetaka Miyazaki has collaborated with George R.R. Martin, the author of A Song of Ice and Fire, among many other novels and short stories. The players will ultimately decide the future of the world, full of extremely dangerous creatures and beasts. The die is cast.