Home Entertainment Elden Ring shines in a new gameplay and offers details about his... 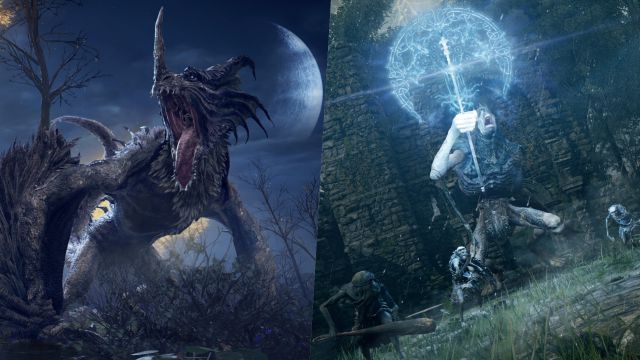 Elden Ring: From Software’s long-awaited action RPG is shown again on video and reveals many aspects of the game. We tell you all the details. Elden Ring is scheduled to launch on January 21, 2022. Since its stellar appearance at Summer Game Fest 2021, it has done nothing more than offer us small touches on what we can expect from Hidetaka Miyazaki’s new adventure. There are many followers of Dark Souls, Bloodborne and Sekiro: Shadows Die Twitce who have placed high hopes on him, so today is a great day for them: some media have tested the game, and the popular Twitter user Nibellion has collected a nice mountain of new details. Next we leave the IGN gameplay and we tell you the main news.

Elden Ring: new details about the world, the battles, secrets and much more

Just a couple of months ago we told you that the title, which is committed to combining dungeons with exploration of an open environment, would have a level of difficulty similar to that of Dark Souls III, according to the words of Miyazaki himself. And now we have been able to learn new and exciting aspects of the game.

The world will have a HUB or nexus inhabited by different NPCs
We can use fast travel from anywhere
The open stages will be very extensive and there will be many secrets to discover
The narrative will be less cryptic than usual and the staging, very ambitious
The game will have several endings
Our horse will also be able to perform double jumps
The control of the character will be very agile, similar to that of Sekiro: Shadows Die Twice
It will not be easier than other From Software titles, but we will have more alternatives
There will be many totally optional matches
We will be able to carry out different counterattack movements
Wizards and archers can fight on horseback, just like warriors
There are optional dungeons outside the overworld
Stealth mechanics will be similar to Sekiro: Shadows Die Twice