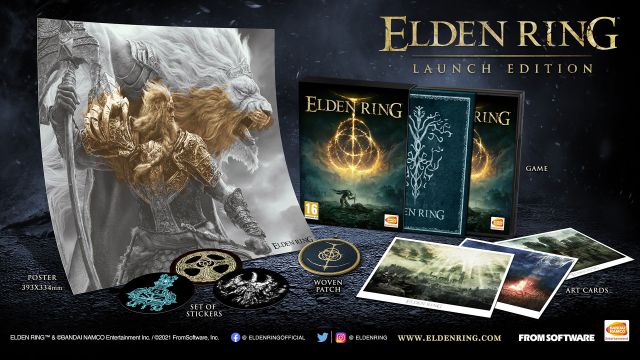 Elden Ring will have at least three special editions that will accompany its launch on February 25, 2022 on PS5, PS4, Xbox and PC. Elden Ring has confirmed the Collector’s Editions that will accompany the Standard Copies during their release. The From Software title, expected for February 25, 2022, will have several options for the most enthusiastic. We tell you all the details.

The standard launch copies will have a special format, as was the case with Dark Souls 3. Called Launch Edition, for the same price (69.99 euros) you will receive the complete game, three exclusive cards, stickers, a poster, cloth patch and an alternative limited edition metal box. This edition will be marketed on PS5, PS4, Xbox Series X | S and Xbox One.

Those who want to receive more physical and digital benefits will be able to consider two more editions. On the one hand we find the Collector’s Edition, which includes all the benefits of the Launch Edition (except the metal box), the soundtrack in digital format, a 40-page hardcover illustration book, an exclusive metal box and the figure of Malenia, Miquella’s sword, 23 cm. Its price starts at 189.99 euros. You can see its contents in full detail at the top of this paragraph. It will also be on PC.

The last one, called the Premium Collector’s Edition, has the same elements as the previous one. The only difference (and not a little) is that the official 1: 1 scale replica of Malenia’s helmet, the protagonist of the figure, is added. Includes display stand and is limited to 6000 units. Its price is somewhat higher: 259.99 euros. So far the establishments that will have the special editions available have not transcended. They are currently only in the Bandai Namco Europe store. Everything is ready for launch in just three months.

DC’s new Shazam is officially a Flop (but her partner is...