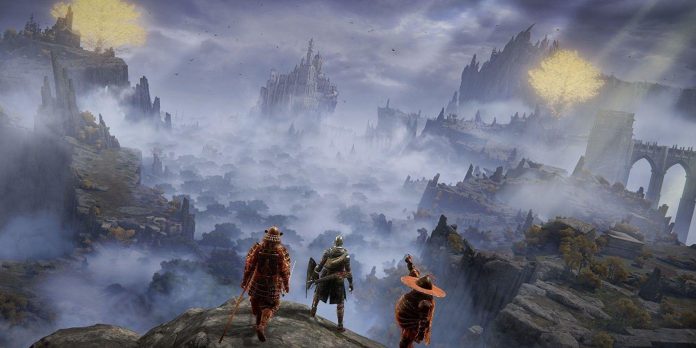 The Elden Ring player shared a clip of a funny 2-on-1 clash in PvP. Like the Dark Souls games, Elden Ring allows users to fight with and against other players. Gamers can use this feature to fight difficult bosses in co-op or test their builds against human opponents.

Since its release, Elden Ring fans have come up with creative ways to defeat the host during the invasion. Some try to sneak up on their enemies, while others want to take part in 1-on-1 battles. Invaders sometimes have to fight two opponents, but one clip proves that a larger number does not always work in favor of the host.

A Reddit user under the nickname MichaelMurder shared a clip in which they invade another player in the Elden Ring. The host has summoned a partner, so the invasion turns into a 2-on-1 battle. Fans will notice that MichaelMurder is fighting without any armor or weapons, so they will have an easy loading of equipment for the best rolling animation. MichaelMurder dodges the first few attacks, switches to the Throwing Dagger consumable item and starts throwing them at the host and his partner.

It’s funny to watch how the invader evades the movements of his enemies, constantly throwing daggers at any convenient moment. Daggers do decent damage, so MichaelMurder slowly drains their health. After a while, the owner and his partner realize that none of their attacks hit the target, and decide to have fun running away from the invader. Michael Murder follows them and kills both players as they desperately try to climb the stairs.

The comments section is filled with users telling how the host turned around and ran the other way after failing to hit the invader several times. Some fans are also discussing the best tactics that players use when invading others in the Elden Ring. It seems that baiting enemies and luring them into a profitable area is a popular strategy. In addition, fans seem to agree that climbing the stairs was the wrong step, and some believe that the presenter is not an experienced player.

PvP fights in Elden Ring often end with the same funny clips. As an example, one user highlights the brilliant use of the Mimic’s Veil item when invading another fan. In the video, the invader parries the host’s attack and defeats him with a subsequent move. They immediately use the Veil of Mimicry, which turns into a tombstone as a sign of the enemy’s death.