Home Entertainment Elden Ring: Its Director Highlights The Challenges They Have Overcome During Development

Elden Ring: Hidetaka Miyazaki of From Software responds that the balance between the different aspects of the game has been difficult. From Software finalizes the preparations for the landing of its new video game. Elden Ring, published by Bandai Namco, is an open-world action role-playing game in the purest Hidetaka Miyazaki style. And it is precisely the director of the title who answers the questions in an interview published on the official PlayStation blog. The creative takes stock of learning during development and points to the adjustment of all playable elements within the world as one of the most notable challenges.

The Elden Ring Challenges (for developers)

“There have been two big challenges that we have faced in developing Elden Ring,” he recapitulates in the interview. “First it was expanding the level of freedom more than in our previous games. The world is vast and open, so they had to deal with the challenge of keeping their usual gameplay style, but offering “a renewed feeling” of openness.

They therefore had to balance exploration, boss battles, user progression, and the events themselves within the map. “Trying to broaden player freedom by balancing everything was a significant challenge. “But we learned a lot of lessons trying to get this done.”

The second test they faced has to do with pacing and player progression within an open world. “We tried to balance the pace of the user as they explore this vast open map and how that influences the freedom and progression it provides. So we also learned some valuable lessons when we made these kinds of adjustments.

Elden Ring prepares its launch for February 25 on Xbox One, Xbox Series X, Xbox Series S, PS4, PS5 and PC. The main story will last about 30 hours, although it will largely depend on the skill of the player at the controls. However, the game hides many secrets, so they have added a New Game + mode. 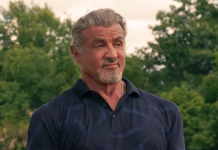 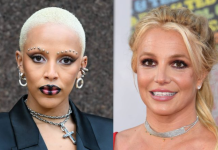