Home Entertainment Elden Ring is a sequel to Dark Souls according to George R.R.... 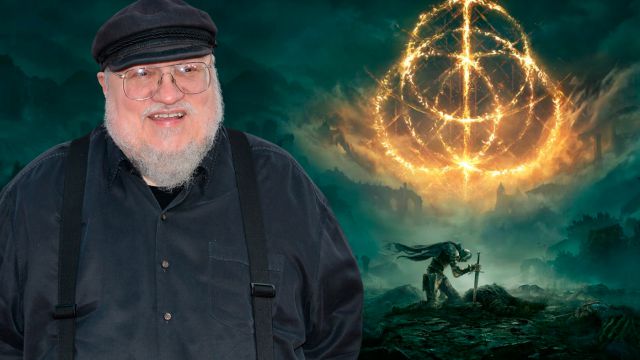 Elden Ring: The author of the novels A Song of Ice and Fire and responsible for the history of the new From Software hints at connections between the two franchises. George R.R. Martin, writer of Elden Ring, the new From Software, and author of the famous novels A Song of Ice and Fire that gave rise to the popular television series Game of Thrones, has assured in a recent interview with WTTW (via Screen Rant) that Elden Ring is, in a way, a sequel to Dark Souls, pointing out that there is a certain connection between both franchises, although in reality it refers more to the level of mechanics and gameplay. In addition, in the same talk he has shared some curiosities about his work and his relationship with the Japanese development studio.

Responsible for the world and characters

And it is that as already announced some time ago, George R.R. Martin is the author and creator of the Elden Ring universe and characters at the writing level; so he has ratified it in said interview, also mentioning that he has made his own lore for the video game. According to the novelist, he created the world of Elden Ring for From Software to adapt it for his new video game, writing the characters and the universe itself, although he assures that he has not worked on it for years since their collaboration took place at the beginning of the project.

According to Martin, his contribution to the game is “considerably different” from writing a novel; In addition, From Software have been updating the state of development of the game during these years, showing the writer the designs of the monsters and the different visual effects. “I’ll be as excited as anyone to see it [in January],” says Martin.

The writer has already shared that he “has played some video games”, but that he is not a great player; Of course, it does not seem that he has much free time to devote to his hobbies such as video games, since Martin is involved in several large-scale projects such as a Broadway play, two spin-offs of Game of Thrones and others, in addition from the end of the novels A Song of Ice and Fire, the absence of which forced the HBO series to write its own ending.