Home Entertainment Elden Ring: how to get a silver tear mask 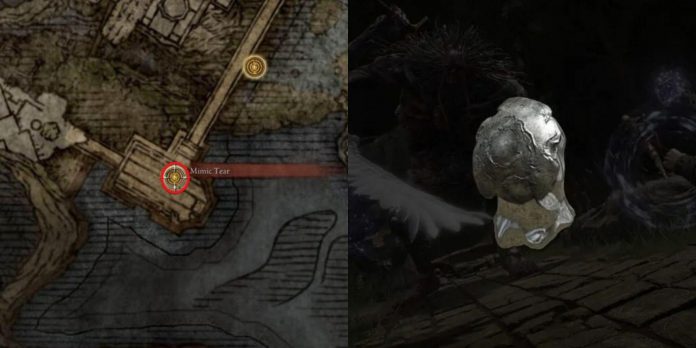 The Elden Ring Silver Tear Mask is a helmet that gives the Tarnished a significant increase in Arcane Magic (an additional eight points) while reducing their physical attack power by five percent. This is necessary for players with builds focused on arcane magic. According to the item description, the mask was created from a shapeless Silver Tear.

This Elden Ring mask drops out of an optional boss located in Nokron, the Eternal City. Getting there is a journey, as it requires defeating Starscourage Radahn, one of the most difficult demigod bosses in the game. However, a visit to the Eternal City of Nokron is also a requirement to complete the Ranni quest chain.

How to get to the boss of Mimic Tear in Nokron

The very first step to getting this helmet is to defeat Radan’s Star Foulness. As soon as this happens, a meteor will fall on the Interland, opening the way to Nokron.

The meteor lands west of Fort Haight, south of the ruins of the Misty Forest. Go down, and the Tarnished Ones will find themselves on the outskirts of the Eternal City of Nokron.

Then the goal is to get to the main part of the city, which goes straight to the northeast. Eventually, the Tarnished Ones will reach the Eternal City of Nocron, where Grace is located. They will come to the ruins of the temple and find the misty door. Behind this foggy door is the Boss Mimic Tears. He will appear from the center of the arena as soon as the Tarnished One goes forward.

The Mimic Tear boss is a reflection of Tarnished, so his abilities depend on the characteristics and equipment of the player. One way to spice up the fight is to go through the fog without equipment, and then equip weapons and equipment after the mimic appears without clothes. Another tip is to use Ashes.

In Mimic Tear, there will be not only Tarnished equipment, but also spells and consumables that are actively used.

After defeating a Mimic Tear, two larval tears, 10,000 runes and a Silver Tear Mask fall out. The mask is not part of the set, but players have found that it looks best with the armor of the Mausoleum Knight, the armor of the royal knight Loretta and the mantle of Alberich. The mask can also be used in builds other than Arcane, only to fulfill certain spell requirements.

Elden Ring is already available for PC, PlayStation 4 and 5, Xbox One and Series X|S.

Star Wars The Acolyte: Leaked New Details Of The Plot, Its...