Home Entertainment Elden Ring Guide: How To Get The Secret Medallion And Kill Commander... 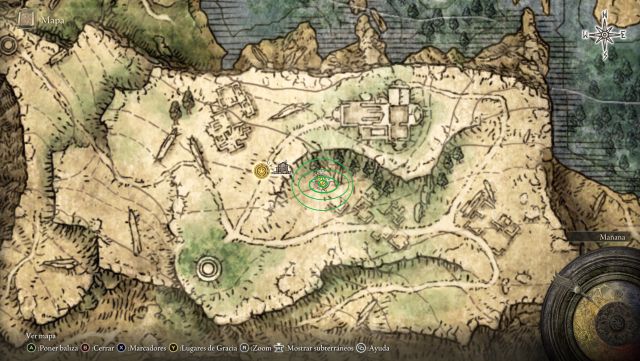 Elden Ring: The Albináurica Village and the Sól Castle hide the two halves of the Secret Medallion of the Hieratic Tree, but you will have to fight Commander Niall. In this part of our complete Elden Ring guide we tell you how to find the Secret Medallion of the Hieratic Tree, a valuable treasure that consists of two parts. One of them won’t give you any trouble, but the other one is guarded by a very tricky boss waiting for you at the top of Castle Sól. We guide you step by step and tell you how to kill Commander Niall.

Secret Medallion of the Hieratic Tree: what is it and how to find it?

This medallion allows you to use Rold’s Great Elevator to change its direction and reach the last area you haven’t visited yet: the northern edge of the snowy region. It is a place that, in turn, it is necessary to go through in order to find the final bosses that you have left to defeat. The problem is that the medallion is broken into two parts, so join us once again, because we are going to help you quickly collect them.

Right part of the Secret Medallion

You just have to open the map of Liurnia and locate the Albináurica Village. Look at the next location that we indicate on the map: there is an NPC in the shape of a giant jar stuck in the ground. If you help him by hitting him on his back (or butt), he will be able to surface and give you the right part of the Secret Medallion. In addition, he will tell you about a woman who knows where the other half is, although we are not going to need it because we already know everything there is to know.

Left part of the Secret Medallion

Do you remember the journey to the Forbidden Lands you took when we guided you to the Forge of Giants? Well, to the north of that place is the Castle of Sól, the hideout of Commander Niall. It is your goal, because what you seek is at the top of its strength. Since you’ve already been here, travel to any nearby Gracia and locate the castle on the map below.

The surprise game will appear in the Xbox Game Pass today