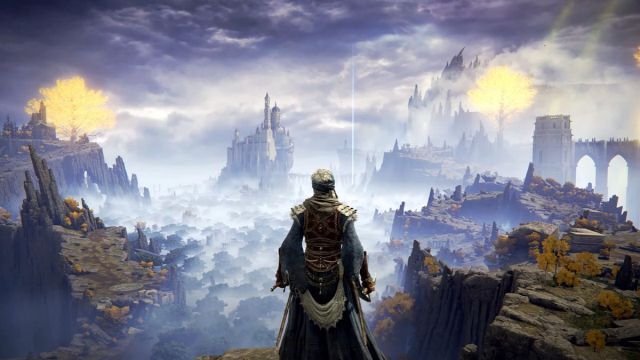 Elden Ring: We played the final version of Elden Ring for several hours, seeing how the open world further expands the adventure into the dangerous and the unknown. Start game. Skip a video. Everything that was, but has perished, is explained. There is talk of one more. Sullied. Exiled. Tarnished. Let’s translate as we want. And we choose character. Unlike the previous beta, here there are already 10 types of characters to choose from. Some sound like us from other deliveries; most actually. Others call us attractively: samurai class. Naturally, we choose that one (how are we going to look away if they give us this candy?). And we started. It is Elden Ring in its most final version. The last one before the analysis.

Elden Ring begins as Demon’s Souls began. That time, in 2009, marked many of us. We started a game that we didn’t know much about, and soon we found a giant enemy. You dodged, you hit. He was killing you. Welcome. What happened to us with Vanguard Demon happens more or less the same at the beginning of the new From Software game. You start somewhere, go outside, turn left, a big enemy drops. As we are hardened in a thousand battles we give some war, but we end up dying. It planned.

We resurrect after our first death and go out to an open map that gives us a glimpse that something has changed, and not just the fact that we now interact with Y and jump with A (this change crosses your cables the first few times). Shortly after coming to the surface, almost nothing guides us. The new bonfires, which have a small flash that marks a direction, but now. In our first moments of open country a golden knight appears, on the back of a huge horse that chases us and impales us. He has a huge life bar, like a boss, but he’s out there, quietly. We decided to go the other way, which we just started.

And little by little, we see what it means to be in an open world of From Software. There is nothing to show us the way, and there is a long horizon. Without too many detours we ended up inside a cave full of wolves. We kill them, collect all kinds of materials – crafting will be present in the game – and we enter a fog. There is a boss. A beast with various patterns, the ability to hit them from long range, and powerful strikes. After several attempts we finished him. And we went outside again. We found some enemies that we approach with stealth mechanics and attack from behind. We turn the camera and change our pace. Behind some rocks we see a kind of settlement. Looks like it’s over there.

The horizon of the Souls saga

Elden Ring can be seen already in these early stages. We have fought as if it were a Souls, we have died as if it were also, we have seen bosses that are what we would expect from a new installment of the saga and many mechanics are what we expect them to be. But now there is an open field that has silenced the path to follow, which allows one to get lost. Finding Souls items out of nowhere. Reward yourself for exploring. And keep killing you, even if you think that in the open field everything is under control.

Because one of the times when we started a new game with another class, instead of going left, we decided to go right. There was a kind of ravine and we jumped into a swamp, but calm, without poison (yet). Exploring around, as if it were the area of ​​the ladies of the forest of The Witcher 3, we saw a kind of giant bonfire surrounded by characters. And as we got closer, a…well, impossible to put down bar boss appeared within minutes of starting. Well played, Miyazaki. We managed to escape from the area, moving towards a cave, but the poison (now yes) of an enemy killed us. “We’ll come back another day”, we thought. “Maybe with the final game.”