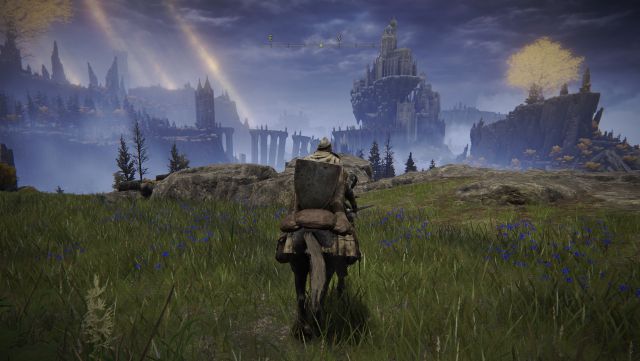 Elden Ring: The creators of Dark Souls give another blow to the table and offer us one of the best open worlds ever seen in any video game. To say that Elden Ring is the greatest Souls is a bit like saying that Breath of the Wild is a less linear Zelda than Skyward Sword: unquestionably true, but also too shallow to illustrate the nature of that disparity. From Software has come up and has not only created a new title to amaze and torture its fans alike, it has taken another evolutionary leap for the “saga” and its environment. He has created a world that must be played for dozens of hours to be understood and digested. Because Elden Ring is not only an open world Dark Souls, it’s also a new yardstick for exploration in video games.

It is a shock similar to the one we experienced a few years ago with Breath of the Wild itself -the mention was not arbitrary-, when Nintendo also decided to try its luck with the open world without half measures and without tracing the idioms of the Skyrim, the The Witcher or Assassin’s Creed on duty. Your game, your rules. From Software shares that philosophy, and sometimes indulges in it even more radically. Because Elden Ring is more structured, it doesn’t allow you to run to the final boss after completing the first hour of play, but it is just as overwhelming in its freedom and even more confident in the pre-established fundamentals of its formula.

Return of the Souls

It is difficult to highlight the figure of Hidetaka Miyazaki, president of From Software and director of Elden Ring, without falling into praise that casts doubt on the possibility of a critical look during the rest of the analysis – although given the note, surely that ship has already sailed for the skeptics. But something undeniable, in addition to his ability to successfully reinvent action RPGs and encourage hundreds of comparisons – appropriate and crazy – between Dark Souls and any other material or abstract element imaginable, is that all his works have continued to contribute something of their own even as that the following were built on a common base.

Demon’s Souls, whether in its original or remade form, still manages to generate a lot of tension thanks to the long routes between the archistones and the bosses, reduced as the studio prioritized repeating the intensity of the famous confrontation against Artorias; For its part, the first Dark Souls remains the only one that allows itself to dispense with teleportation during much of its development, a decision aimed at highlighting the careful interconnectivity of the design and the risks that the player takes when he enters unknown areas without knowing if he takes the right path or there will be an easy return to the comfort of Link Shrine.

Spider-Man 3: How To Avoid Spoilers From The Movie?