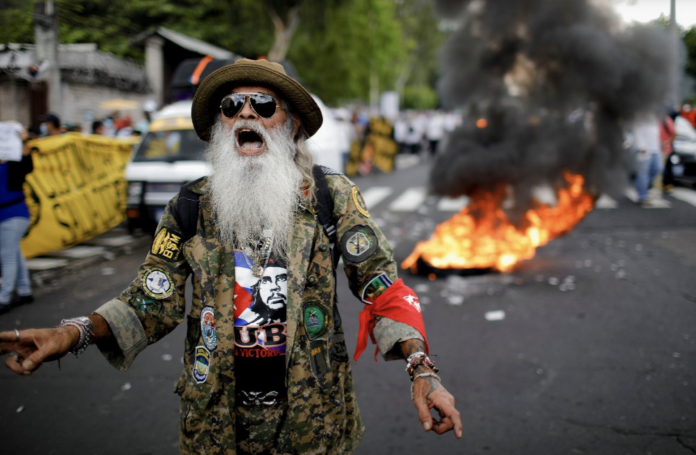 El Salvador’s Bitcoin adventure started off with some technical problems and a 15% price crash. While anti-Bitcoin protests spread among the public, the collapse of the crypto money market strengthened the hand of Bitcoin opponents in the country.

As of yesterday, El Salvador made Bitcoin the official currency of the country and put it into use in commerce in the country. El Salvador has been working for a while to implement the new Bitcoin law. However, on the first day, Chivo, the country’s official digital Bitcoin wallet, faced some technical problems. Besides, the price of Bitcoin experienced a 15% collapse in a few hours yesterday.

El Salvador’s transition to Bitcoin has been quite eventful. Since President Nayib Bukele dragged the country down this path 3 months ago, a significant mass of anti-Bitcoin protests has been organized in the country. And these protests are met with harsh police crackdowns and arrests in the streets.

Despite all the efforts of the opponents, Bitcoin has now become the official currency of El Salvador along with the American dollar. However, the first hours when Bitcoin became available to the public did not go well.

Bukele recently announced that when Bitcoin was above $ 50,000, he bought 200 BTC and added it to the 400 BTC in the country’s reserves. However, due to the collapse of the crypto money market in El Salvador on the first day of Bitcoin, the price of Bitcoin fell to the level of $ 43,000. Although this situation seemed quite bad for El Salvador, Bukele made a counter move and announced that they had taken another 150 BTC from the bottom levels and increased their total reserves to 550 BTC. Bukele did not disclose exactly at what price he made this purchase.

Besides the negative movement of the crypto market, there were some technical problems in El Salvador’s first day with Bitcoin. The official Bitcoin wallet of the state, called “Chivo Wallet”, has been removed from the official Android application market as of now. Therefore, those who want to use the wallet should turn to other third-party application markets. The government of El Salvador also suggested to its citizens to use Huawei’s app store called App Gallery. Apple previously announced that it has released the Chivo Wallet wallet on iOS devices.

People who managed to download the application still continued to encounter some problems. It has been reported by many that the wallet has stopped working. Bukele also made a statement about the situation and said that the Chivo development team has stopped the activities of the wallet by updating the servers of the application due to the high demand. Bukele made the following statements in his official statement:

“As of now, any data you want to enter will give you an error message. The system is offline during this process where the capacities of the servers are increased. This is a relatively simple problem, but not one that can be solved while the system is online.”

Users can use their own Bitcoin wallet application in this process. However, in this case, the gift of $ 30 as BTC offered by the government cannot be used. The gift is only available to Chivo users. Those who managed to get a $30 gift card also reported that the gift could not be converted to US dollars. In a statement made by the Chivo team to the local newspaper Factum, it was said that this amount could be used in contracted markets instead.

Analyst: These 3 coins of the Metaverse have great features!