Home Entertainment El Rubius Confirms That He Will Appear In The Uncharted Movie With... 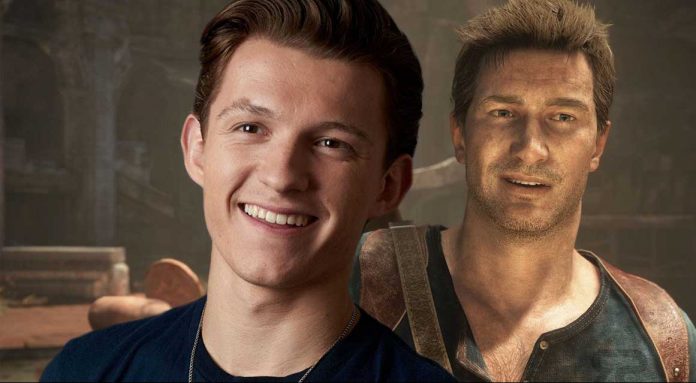 Uncharted: The well-known Spanish youtuber and streamer was invited by Sony Pictures to appear as an extra in a scene shot in Barcelona a year ago. Today Sony Pictures has presented the first trailer for the movie Uncharted, the film adaptation of the popular video game series by Naughty Dog and Sony starring Tom Holland, the famous actor who currently plays Spider-Man / Peter Parker in the MCU . Although a few hours after the first look at this new film based on a video game, El Rubius, the famous youtuber and Spanish streamer, has confirmed his presence in the film as an extra in a scene that was shot a year ago in the city of Barcelona , one of the scenarios in which the new adventures of Nathan Drake and Sully will take place in live action.

The Rubius will be in Uncharted, the Tom Holland movie

So much so, that Sony Pictures Spain invited the famous influencer to participate in a scene that takes place in the city of Barcelona; El Rubius traveled there to meet the famous actor and appear as an extra for a few moments in what appears to be a chase scene in Montjuïc starring Tom Holland himself.

“After 1 year, I can tell you that I participate in the new Tom Holland movie #UnchartedLaPelicula and I will do a great role of NPC with my grandmother hair. I am super grateful to @sonypictures_es for these opportunities. We live in a simulation ”, writes El Rubius on his Twitter account along with four photographs of the scene in which he appears as, according to him, Non Playable Character.

The Uncharted movie will be released in February 2022 with a cast led by Tom Holland (Nathan Drake) and Mark Wahlberg (Sully) along with other names such as Antonio Banderas, Sophia Ali (Chloe Frazier) or Tati Grabielle (Braddock), among many others. . Ruben Fleisher is directing from a script by Art Marcum, Matt Holloway and Rafe Judkins.

Disney responds to rumors about the trailer for “Black Panther 2”