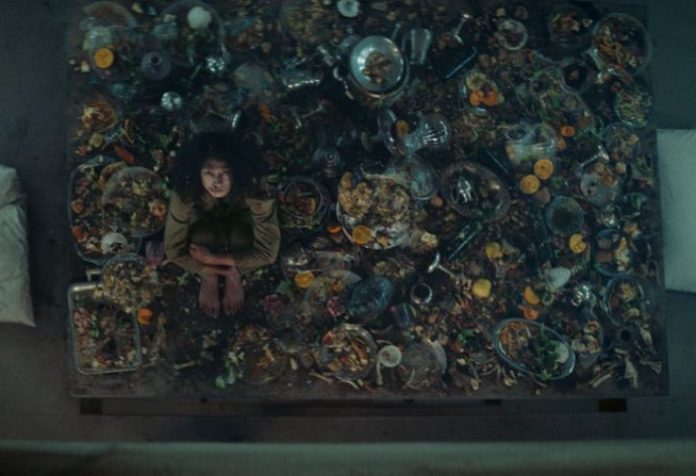 In 2019, a Spanish thriller was released that earned the immediate fascination of critics and attendees alike, going on to win the “Best Film” award at the Sitges Film Festival, the largest festival in fantasy and science fiction cinema.

Its director, Galder Gastelu-Urrutia defined it as an invitation to reflect on the distribution of wealth.

This March 20, Netflix has added it to its catalog. Here are five reasons why you can’t miss it.

His story
A middle-aged man wakes up in a windowed room with a single companion. In the middle is a large rectangular hole through which an infinity of rooms can be seen up and down. Every day a large platform passes by with an immense banquet, although both subjects will not be able to see it in full, as there will only be what those above have decided to leave.

The ambientation
There are not a few films that take place in closed spaces, although those that manage to handle the subject skillfully are.

The atmosphere of tension created in its first minutes manages to sustain itself for its hour and a half.

Your treatment of violence
It must be made clear that this is a violent film. Not in 100% of her footage, but it is her realistic way of portraying the human being in moments of crisis that leads her to have moments in which we see her characters fight for their survival.

Your social comment
“If we take only what we need, the food could reach all of us here,” says one of his characters.

See Also
Did you like Parasite? "El Hoyo" is the ideal option for you

During the promotion of the film in Spain, its director once commented to europapress that his intention with this film was to invite the viewer to reflect on the unfair distribution of wealth in the world.

A promising debut
This is the first film directed by Galder Gastelu-Urrutia, who started directing commercials and producing films after having studied Business Administration with the specialty of International Trade.

The film has an impeccable level of production rarely seen in Spanish cinema, reminiscent of works such as “Los Cronocrmenes” by Nacho Vigalondo or “Who Will Sing” by Carlos Vermut.