Home Entertainment El Gancho, From The Creators Of Task Force Kampas, Already Has A... 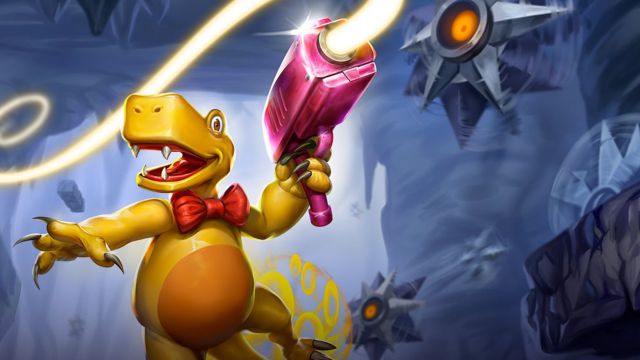 El Gancho: It is a 2D platform and action game that bases its gameplay on hook mechanics throughout levels that are generated randomly. The Zaragoza studio SidralGames has announced the release date of El Gancho, its new action and platform title for PS4, PS5, Xbox One, Xbox Series X and Xbox Series S. The creators of Task Force Kampas have allied themselves again with the publisher EastasiaSoft, which distributes independent court games. In a press release, the developers have confirmed that the video game will be available from next February 9 on all the previously mentioned platforms.

The story begins with some small lizards kidnapped by the evil empire of Pogovon. Apparently, they want to use them to power their deadliest weapons. The Cocos, as this species of reptile is called, are confined, so the hero of the adventure must rescue them and destroy the imperial weapons. If you played the previous video game, you will surely recognize these yellow creatures.

Below these lines you can see the video game trailer, a product with a retro flavor that will lead us to move from one place to another, overcoming obstacles and numerous dangers.

Mastering the hook will be essential

El Gancho is part of the genre of platforms and action in two dimensions. Its main mechanics are based on the movement of hooking and swinging, so players must travel through all kinds of levels and demonstrate their ability with this contraption. Stages are procedurally generated and include “challenging final bosses” and challenges created to test the player.

“Jump, shoot, swing! Eliminate enemies with your trail or ricocheting bullets, upgrade your Coco to destroy dangerous bosses on your way, discover secret areas and reach every corner to save your friends to the beat of the techno-synthwave BSO produced by Ingala Music ”, which was also responsible for the sound of his previous video game, Task Force Kampas.

The replica Metroid Arm Cannon Looks Like It’s Out of the...