Home Celebrity Is Eight from IU and Suga a dedication to Sulli and Jonghyun? 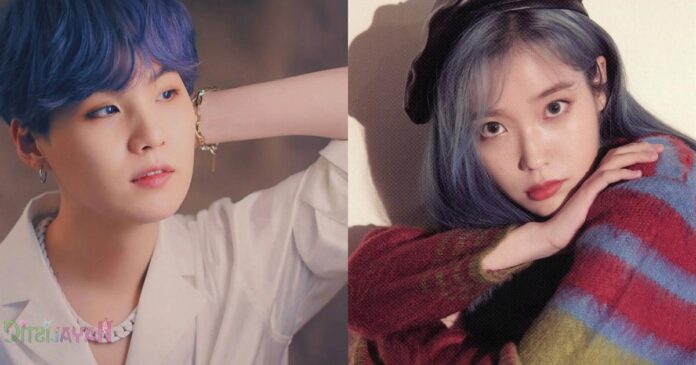 “Eight” could be inspired by the loss of Sulli and Jonghyun, close friends of the singer.

IU and Suga surprised their fans with “Eight”, their new collaboration, which has broken several records on music platforms.

However, beyond the success of the song, several fans were moved by the lyrics of “Eight”, as there is a theory that it may be a dedication to his friends Sulli and Jonghyun , members of f (x) and SHINee.

Through social networks, fans have shared some animated scenes from the MV of “Eight” , where a girl in a white dress appears riding on a dragon, the video continues and shows IU from her room, looking towards the window and crying.

The theory says that IU represented her friends Sulli, who died in October 2019 and Jonghyun , who was fired by her fans and colleagues in December 2017. The idol maintained a friendship with both, after her loss, perhaps IU wanted to say goodbye to them. through music.

A WAY TO SAY GOODBYE
Some argue that Jonghyun is a dragon because he was a fan of Charmander, in addition, they related the lyrics of “Eight” to his departure, since he talks about people who left without saying goodbye, young, but who remain in their memories.

Until now, IU has not confirmed this meaning, because at first it was said that the song is about growing up and leaving behind the past that once made us happy.

IU is one of the most famous soloists in South Korea, her songs have managed to touch the hearts of her fans, “Eight” is just a test of her talent, as she has emotional songs that you must listen to. The idol has broken several records with her singles and her collaboration with Suga is no exception.

‘Christmas at home’ is back on the platform this Christmas