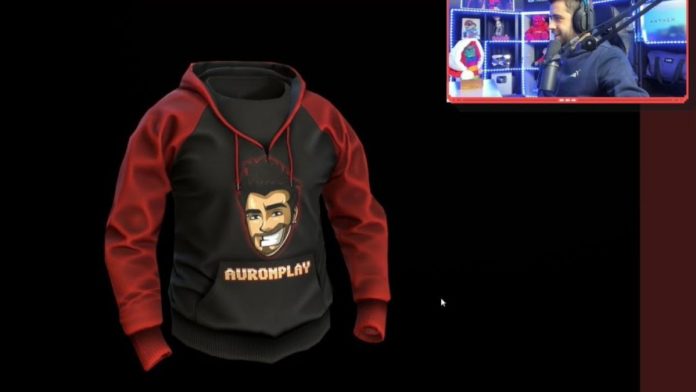 The games from Auron to Rust are the most watched in all of Egoland and Facepunch Studio wanted to have a detail with him: a sweatshirt with his face.

Ok, this is surreal. The Rust development team contacted me and tomorrow they are going to put something about me in the game ”. That’s what Auronplay said last Three Kings Day on his social networks. And said and done. The game’s creators, members of Facepunch Studios, have released an Auron-inspired skin for the game. Specifically, a sweatshirt with his face as it appears in the logo of his Twitch channel. “It is available from today in the game,” commented Auronplay himself during one of his live shows. “It’s amazing that inside Rust I can wear this sweatshirt. It seems spectacular to me ”.

This detail from Facepunch Studio is in gratitude to the latest Auronplay al Rust games, which are reaching record numbers in terms of views and viewers. The streamer collects the best numbers from all over Egoland, Rust’s server where these days the most famous content creators in our country are facing each other. Names of the caliber of Rubius, Ibai or Grefg have made Rust enjoy a second youth, as the game came out in 2018 (or 2013 in its early access version). It would not be surprising that soon we see more sweatshirts and skins of the style with the rest of the Egoland community. Thanks to her, Rust’s work has become the title with the highest average number of viewers on Twitch, surpassing such titans as League of Legends, Fortnite, Among Us or even the “Chatting” channel.

First image of the new from Fumito Ueda