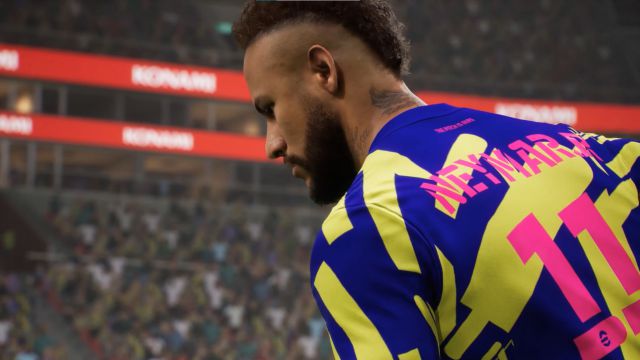 eFootball: Konami also confirms that they are working on a new engine for multiplayer games, which will work under a free-to-play model. The new game in the PES series is no longer called PES. Konami surprised locals and strangers by announcing that its bet for the future is eFootball, a free-to-play that will reach new and previous generation consoles, as well as PC and later mobile devices. Through its official Twitter account, the Japanese company has shared some additional details. They had already anticipated that some modes would be launched as paid downloadable content, but now they confirm that the Master League is one of them. In addition, they report that they will implement a new engine for online matches.

“EFootball’s online cross-platform matches will be enhanced with a new engine that adjusts to each platform to get the most out of it,” they say. “Additionally, offline modes like Master League will be sold as optional DLCs for all supported devices in the future.” This last sentence is significant, since it does not ensure that all versions of the game are compatible with this type of modality.

Konami renounces the name of Pro Evolution Soccer, a brand that has been with him for all these years and has established itself through its acronym, PES. Thus, unlike Electronic Arts with FIFA 22, the Japanese contemplate this future under the free-to-play model. That is, all users will have the opportunity to download the base game for free, which will include some content. It will depend on each player to acquire or not the different packages that they are putting on the market. Instead of offering a full-price annual product, they will allow you to download the basic software at no additional cost.

eFootball will be available in the fall for PS4, PS5, Xbox One, Xbox Series X, Xbox Series S, and PC. It will also be released for iOS and Android devices soon. The game will come with 9 teams and different online modes.

Raincoats Legend Gina Birch Shared a Video For The Song “I...