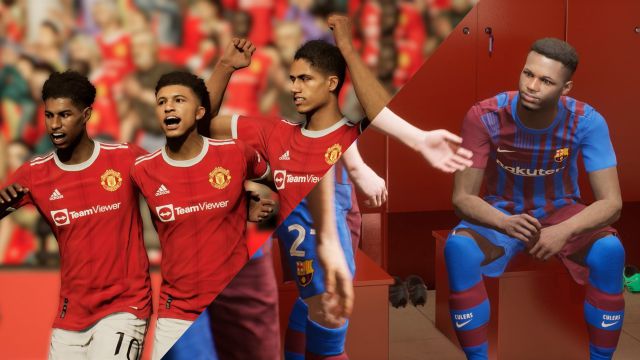 eFootball 2022 will arrive on September 30 with a selection of licensed teams and stadiums. More to come per update in the coming months. Konami is on the final stretch to launch its annual soccer game. From PES we move on to eFootball 2022, a new direction in the saga that embraces the free to play format. These first steps will make the title gradually receive its full functionalities. We tell you what licenses it will have and when we can play with them.

On September 30, eFoobtall 2022 will put players at the controls of only 9 licensed teams, which we tell you below:

It won’t be until the fall update that “a lot more authentic gear” will be added. Its arrival is expected on November 11, 2021. This phase will be a transition phase towards the final update, which aims at the so-called “winter update”. We know that the Japanese company has an agreement with the following teams to present their official outfits, but they have not transcended their arrival date:

As the months go by we will receive more confirmed names, which will be added to the agreement with the MLS players association; All the players from the linked competitions will be part of the game soon.

The next Meta VR headset will be released in October