Home Entertainment eFootball 2022 Is Full Of Bugs Upon Launch: These Are The Funniest 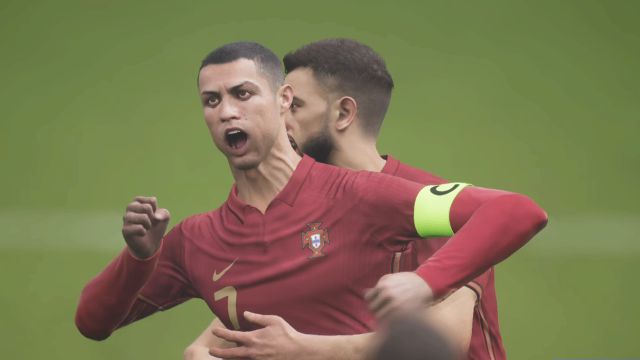 eFootball 2022 hits the market with some problems. The community shares the funniest moments they have found in their matches. Konami and eFootball 2022 are already in the hands of the community. This September 30 begins a new era for virtual football of the Japanese. From Pro Evolution Soccer we give way to a title, the free to play model, with a kind of appetizer prior to its first major content update.

But its release does not seem to live up to what its fans expected. In fact, on Steam the overall reviews are “extremely negative.” Out of 3,549 user reviews, only 9% are positive. Players have started to share some of the hilarious moments they have encountered in these early games.

From Messi to Cristiano: nobody is saved

The faces of some football stars show an appearance… unusual, so to speak. We see Cristiano Ronaldo celebrate a goal in a peculiar way: the veins on his neck are marked as if he were drowning from the hug of his teammate. We can say little about Leo Messi: that look speaks for itself.

Do you remember Naruto when he was running? Ansu Fati has returned from his injury wanting to imitate him. A user shares how the young Barça player puts his arms back after a graphic bug. You will not stop laughing.

Ghost of Tsushima Director’s Cut: How to Transfer Game from PS4...

Explanation of the ending of the first season of “The Bear”...