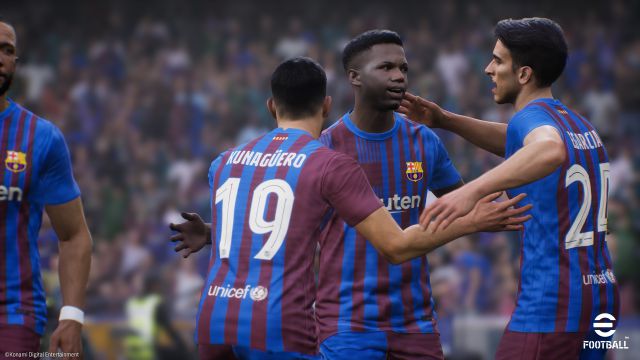 eFootball 2022: Konami has released a new statement in announcing that it needs some more time than working time. After the disastrous launch of eFootball 2022, Konami shared a statement to apologize to the gaming community. In that official note they revealed that they were immersed in the development of update 0.9.1, a patch with which they intend to correct many of the bugs that have been seen in the first build. However, the date has changed: it will no longer be released on October 28 as planned, but will do so in November, they have confirmed from Twitter.

“We would like to inform all users that we have decided to delay the release of version 0.9.1 until early November. We also want to ask you our most sincere apologies for the delay and the inconvenience caused, ”says the statement collected by Konami Spain and published on the official video game networks. “We hope that the additional time will allow us to ensure that the experience improves for all of our users.”

Patch details will be provided later.

According to the company, they will announce the date and specific details of the update as soon as possible. “In the meantime, we will continue to work to improve the game and we look forward to collaborating with you on eFootball 2022.” The Konami team concludes by thanking the players for their patience, who have seen the title suffer from numerous bugs, content and more issues.

Unlike eFootball PES 2021 and the previous games in the series, this new installment is designed as a free-to-play title. All in all, the launch build has been described practically as a demo, since there are still essential game modes missing, it includes only nine teams and it is, in short, a very compact experience. It is also expected to be in November when many of the main modalities of the title will be introduced, as well as hundreds of clubs and more.

eFootball 2022 is available on PS4, PS5, Xbox One, Xbox Series X, Xbox Series S, and PC. It will also be released on iOS and Android mobile devices, although it is not yet dated.