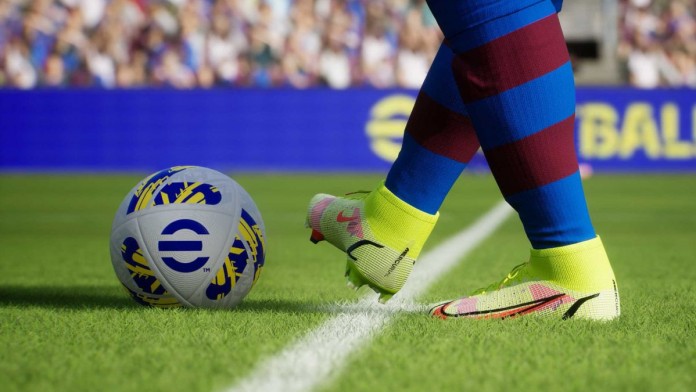 eFootball 2022: Konami’s football simulator has been released full of bugs, which will begin to be fixed in the November 5 patch. Konami has not been applauded with the launch of eFootball 2022, the game that comes to replace the Pro Evolution Soccer (PES) brand. Under a free-to-play model (free but with microtransactions), the ball was aimed directly at the goal, but it ended up in the stands. The fans, loudly, have clamored for the errors of the product. Meanwhile, the Japanese intended to add the bulk of the content in November, but have seen the lineman’s poster and have seen that it will go beyond minute 90. In other words, the version for mobile devices is delayed, too.

They have announced it through a statement on social networks, where they have explained that update 1.0.0 will be delayed until 2022. “We want to inform players that update 1.0.0 scheduled for November 11 has been postponed until Spring 2022. In addition, we announced the cancellation and automatic refund of reservations for the eFootball 2022 Premium Player Pack, which includes items that can only be used ingame in the game after version 1.0.0 ”, they explain.

According to Konami, they are “working hard” to deliver the experience that all gamers expect in the spring of next year. The team has again apologized to the users, thanking them for their patience.

The mobile version has also been delayed

In the statement on the website, the developers say they have been working “diligently” to provide users with all the promised content. They also planned to launch the version for mobile devices that same day. “Unfortunately, we have come to the conclusion that we needed more time to meet the expectations of our users.”