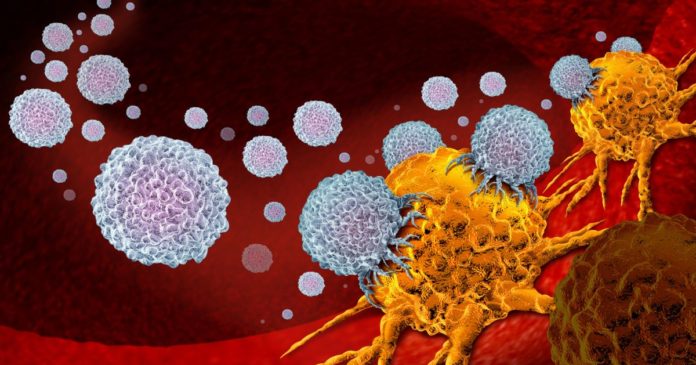 Unfortunately, there is no definitive way to end cancer today. Although doctors tried everything from radiation to chemical drugs and phototherapy, they couldn’t find an effective solution. A new study has achieved promising results by combining chemotherapy and phototherapy in one drug.

In chemotherapy treatment, the body is given medicine to fight cancerous cells, and one of the most commonly used drugs in this method is known as cisplatin. This drug is intended to kill cancer cells by binding to the DNA of tumor cells.

On the other hand, photodynamic therapy (PDT) adds a metal complex to the tumor, exposing the body to laser light. Thus, the complex is provided to create reactive oxygen species that react with cells and are known to destroy cancerous cells.

Researchers from the University of Paris Sciences et Lettres (PSL) and Hebrew University combined the two methods into one drug, which they called Ru-Pt. The chemotherapy component is combined with phenylbutyrate, another chemical that enhances the effects of cisplatin. The PDT part consists of the ruthenium (II) metal complex.

A carefully designed molecular separator was used so that the two components did not interfere with each other’s work. When the drug reaches where the tumor is located, its chemical part is activated by the conditions there, while a laser light with a dark red wavelength is reflected in the area to activate the PDT part.

The team tested the treatment on healthy cells and cancer cells, and found that Ru-Pt was able to destroy more cancer cells than either treatment. The drug was effective on resistant cancer cells and destroyed 10 times more cancer cells. Cancer medicine has only been tested on cells in the lab, and it will be a long process before it can be tested and used in humans.

An Artificial Intelligence is Developed to Facilitate Corona Virus Studies