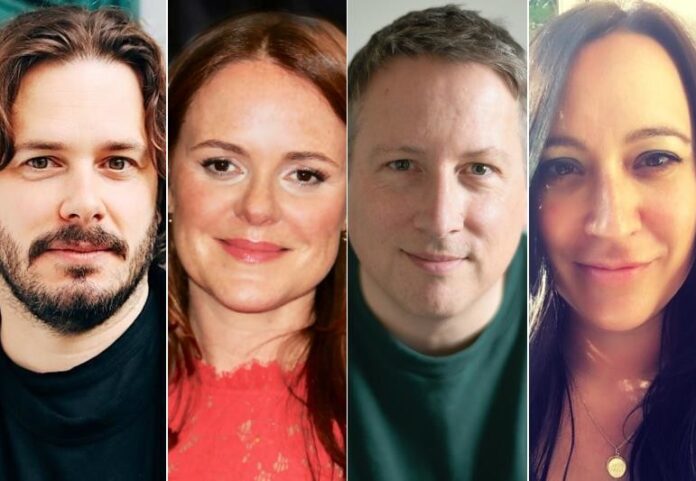 That the industry is paralyzed at the moment does not mean, under any circumstances, that the creatives are; and these turbulent times have witnessed the birth of a new international production company, with headquarters shared between London and Los Angeles, baptized by its promoters as Complete Fiction.

This news would not be of major importance were it not for the team of regular collaborators who have launched the project, and which is made up of the producers Rachael Prior and Nira Park —responsible for ‘Baby Driver’, the Cornetto Trilogy, ‘Attack the Block ‘or’ The Boy Who Might Be King’—, and filmmakers Joe Cornish and Edgar Wright.

Complete Fiction already has several projects in development for Netflix, beginning with ‘Lockwood & Co’, an action series with supernatural and detective overtones based on the novels by Jonathan Stroud, which will be directed by Joe Cornish.

To this we must add the horror and science fiction trilogy ‘The Murders of Molly Southbourne’, and the historical fantasy series ‘The City of Brass’; both literary adaptations of the works of Tade Thompson and S.A. Chakraborty respectively. In addition to these series, the company has several feature films in development with the producer Working Title, with which they have worked for years.

Working as a family
Edgar Wright has spoken like this about the step forward he has taken by joining Complete Fiction:

“This new chapter with Complete Fiction is something I’ve wanted to embark on for a long time. Nira has been my producer for over twenty years, but, along with our incredible team of friends and lifelong collaborators, we still share the Same drive to bring original stories to the screen. Complete Fiction will be a hub for passionate creatives, a place where they can feel protected and supported. ”
For his part, Park has added the following:

“A great motivating factor in forming this new company has been the opportunity to work with the writers and directors who have inspired us in different media. Although we continue to produce bold and original feature films for the international public, we are tremendously excited about this expansion. to television, and I can’t wait to put our personal stamp on long-form narratives. ”
To top it off, Cornish has been more succinct, but has shared the enthusiasm for working with his collaborators, already almost family:

“Edgar, Nira and Rachael have been like my family for decades, so I am honored and excited that, in the end, we step in together and put a sign on our door.”

STRAY KIDS REVEALS NEW ADVANCES OF HIS COMEBACK AND UNLEASHES THE...