Home Entertainment Edens Zero prepares for Halloween thanks to its creator 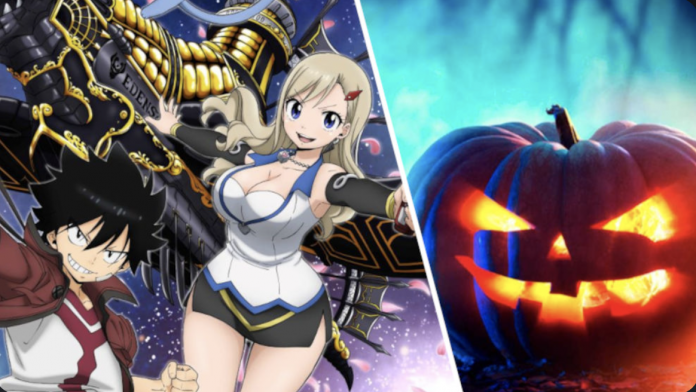 Hiro Mashima, creator of Edens Zero, shared an illustration of Shiki and Rebecca in Halloween costumes via Twitter

A few weeks ago the Edens Zero anime came to an end. Although it was announced that it will have a sequel, it is still unknown when it will return. Despite the above, the manga continues at the hands of its creator, the mangaka Hiro Mashima.

At the moment there is no end to the story, and taking advantage of the season, this creative shared a new illustration based on his two main characters, Shiki Granbell and Rebecca Bluegarden.

Shiki and Rebecca get in tune with Halloween

In this case, Mashima decided to be inspired by Halloween, which is celebrated on October 31. It was certainly a bit ahead of it, but it’s common to see such designs in October every year.

In Shiki’s case, the inspiration is clear, since she wears an outfit very similar to Dracula’s. But regarding Rebecca… it is not so easy to identify. Some believe that she may be a witch, and others, a devil. She doesn’t fit into either of those roles.

So Hiro Mashima posed a riddle to more than one Edens Zero fan. When will the anime return? Nobody knows. It all depends on J.C. Staff, who is the studio in charge.

But after the unfortunate passing of season one director Yūshi Suzuki, it’s understandable that such an announcement will have to wait.

We have yet to find someone to take their place. If the animated adaptation stood out for something, it is that it respected Mashima’s original work.

Not all episodes of Edens Zero come out on Netflix yet

All the content that was in the original manga was included, even those parts that some consider a bit problematic. So fans expect the same from the sequel.

Although this anime has already finished its broadcast in Japan, its second half is pending in the West. Netflix is ​​the company that has the distribution rights outside of this country and has not yet located the missing episodes. But it is only a matter of time.

What remains to be seen is whether the remaining episodes of Edens Zero will come out on Netflix this year or will need to wait until next. It all depends on how fast your location is for the countries where this service is present.

At least the hiatus in the anime will allow Mashima to get on with his work, avoiding the annoying filler. That was something that Fairy Tail suffered at the time and I hope it won’t happen again with this series.