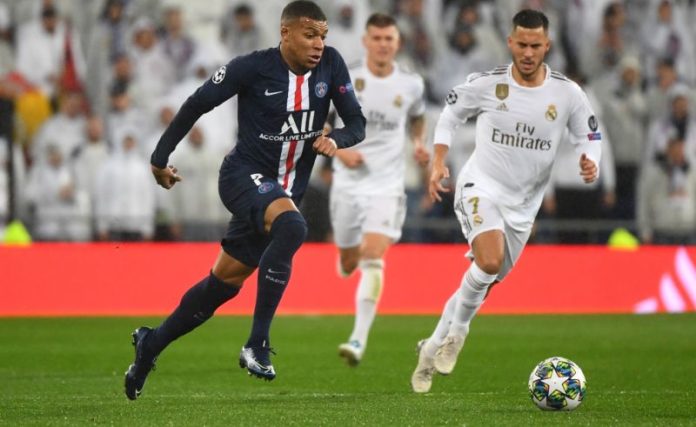 Eden Hazard is the part that allows us to understand the whole in the attack of Real Madrid. Like Cristiano Ronaldo in his early days, the Belgian footballer has become the largest source of overflow, depth and attraction capacity of rivals in 3/4 for the club of the capital based on adding regularity and genius.

The ‘7’ white has been slow to put his game on the table, but his last month is typical of the player who was looking forward to Real Madrid last season and did not get at any time. The impact of Vinícius Júnior, more for what his figure meant than for his ability to decant games, fell on the XI of the capital’s club for a simple reason: it was the only piece capable of overflowing the rival, But he didn’t have his determination.

Real Madrid playing PSG off the park, with Hazard pulling the strings.#RealMadridPSG pic.twitter.com/NYr6lNYfsn

Now, with Eden Hazard in command of operations from the left wing, Real Madrid presents a new star, less related at the moment with the goal compared to Cristiano Ronaldo, but with virtues that, differently, raise the roof competitive of the Zinedine Zidane set. Waiting for him to produce more goals and assists, the Belgian develops the rival through his explosiveness, dribbling, depth and partnership with Karim Benzema, It is not easy to understand what a ‘9’ demands with the intelligence of Karim Benzema, but From the first day Eden Hazard has established bridges to form a great pair of attack with the French. As Cristiano Ronaldo did. In this case, although Marcelo has yet to understand each other, the evolution of the former Chelsea player represents an obvious improvement in order to damage and compete against the most fearsome rivals of the European Cup. This was verified by the PSG throughout the night.

In this sense, the physical and psychological improvement that has been perceived has been the trigger to reach the current level, in addition to the performance of soccer players such as Federico Valverde, Karim Benzema or Toni Kroos. Far away is the loss of confidence that showed at the beginning of the course, not only to establish itself as the figure in charge of the dribble, but also to come into play many times. If in the first 7 games he had added 11 dribbles, in the last 6 games he has completed 38. Or what is the same, more than triple and in one game less.

From the particular to the general, Eden Hazard is giving Real Madrid more than Real Madrid has given him from the board. Probably, because he first needed to recover himself to help the team. Now, full of confidence, with the trail of crack under his arm and a personality that allows him to try as many times as necessary to knock down the rival defender, La Louvière’s is at an excellent level. Only an injury could slow its transformation.

As it is being demonstrated, it is practically impossible to cover the loss of Cristiano Ronaldo unipersonally, so the team must be able to mitigate its sale by distributing responsibilities at the collective level. So far, Karim Benzema puts goals and creativity at the service of the collective and Hazard, the overflow. The third stiletto is missing to complete the white attack, because the Belgian devil is already here.