Home Sport Eden Hazard, the bum that every coach wants in his team 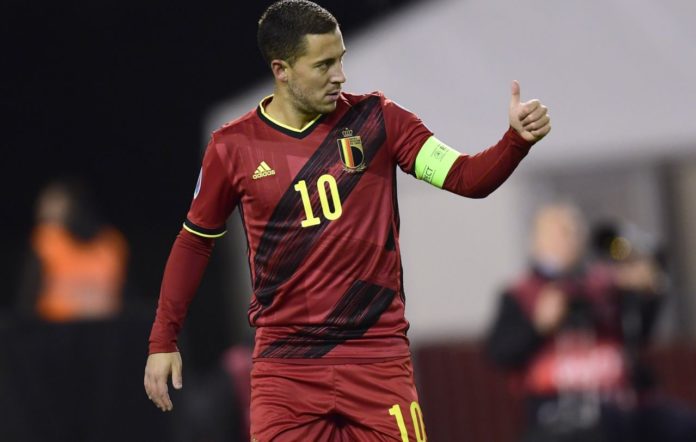 Eden Hazard has been giving much talk for weeks. The Belgian has finally taken off with Real Madrid, and with Belgium he has continued to be the great helmsman of the Roberto Martínez team. Although his start in Spain was complicated, in recent weeks we have been able to see the most influential Hazard, the one who is able to spread rivals in his path and be a capital player in the offensive plane for his team.

Zinedine Zidane has trusted him since the beginning of the season, when his performance was not as expected. To be a player that cost Real Madrid 105 million euros, the most expensive signing in history, starting at the merengue club was not all that was expected.

Hazard came overweight after the summer, performing in the United States with a figure that was even embarrassing for a professional footballer. It is well to understand that the Belgian has a different anatomical composition than the rest of the squad, but during the preseason he had a belly that was difficult to explain.

Little by little, the white 7 has been getting rid of those extra kilos and in turn contributing much more to the team. He had been improving his performances for several weeks, but it wasn’t until the game against Eibar when Hazard finally exploded with Real Madrid.

In the rain in Ipurua, the Belgian partnered with Luka Modric and Karim Benzema and demonstrated the football of many carats inside. Hazard ran, squeezed, was aggressive in the retreat, recovered balls and launched counterattacks like whips, sitting rivals on his way to the area.

During the break he traveled with his team and remained in a state of grace: two goals scored against Russia, commanding his team firmly to the next Euro 2020.

In the middle of this great moment of Hazard, they have surprised the statements of his former partner in Chelsea, Obi Mikel. The Nigerian, who never wanted to claim the spotlights during his season at Real Madrid under Jose Mourinho, but this week left no one indifferent. Mikel said Hazard is the laziest footballer he has ever met, but then came Sunday and was unstoppable.

The odious comparison for the Belgian would put him at the height of Ronaldo Nazario, of whom Jose María Gutierrerz, Guti, said he used to get to the locker room and ask: “Who do we play against? and how many goals do I have to score? ”Hazard’s, according to Mikel, is little more than magical and goes the same way, since he is a player who, without reaching one hundred percent, can make abysmal differences in any team.

Valverde: “It has not hurt us to postpone the clasico more...