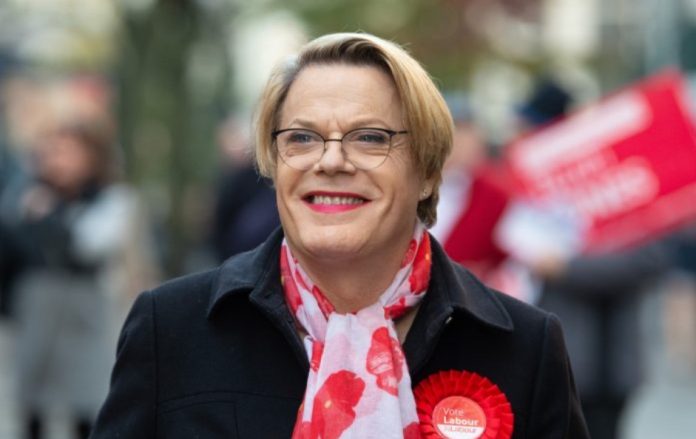 Eddie Izzard told people to “join the 21st century” after two members of parliament made transphobic comments about the comedian.

Earlier this month, Izzard launched her campaign to become the next Labour MP for Sheffield Central, and promised to “join the fight with the Tories and put Keir Starmer in 10th place.”

Speaking on TalkTV earlier this week, Conservative MP Lee Anderson commented on Izzard’s potential influence on the Labour Party: “Old traditional Labour voters from the working class will look at Eddie Izzard and think: well, really? Is this what will come to parliament?”

He added: “If he gets elected and I’m still here, I won’t follow him to the toilets.”

Speaking in London last Friday (October 21), Labour MP Rosie Duffield was asked about the possibility that misidentifying someone’s gender would become a hate crime, to which she replied (via MailOnline): “Is this serious? Will it be in Parliament in the near future? Hopefully not because you could arrest me right now. I’m not calling Eddie Izzard a woman.”

Izzard has since responded in an interview with the PA news agency, where she explained that she was “going to ignore” the comments and “continue.”

Addressing the comments directly, she added: “Some people are not aware, some people have not joined the 21st century and they need to get on the bus now because I have been away for so long. now that I don’t know why they didn’t bring it up sooner.

“I think it’s different because I’m going to run for parliament. I just don’t think bullying is a good thing, so I’ll just ignore it and carry on.”

Izzard’s campaign to become the Labour MP for Sheffield came after incumbent MP Paul Blomfield confirmed he would step down at the next election. The next general election is scheduled for January 2025, unless an earlier one is scheduled.

Earlier this month, Izzard starred in a video in support of The Leadmill in Sheffield, which could potentially be closed by new management.

She wrote murder and the star of the TV series “Beauty...