Home Entertainment Echo and The Bunnymen Will Play “Ocean Rain” in Full With The... 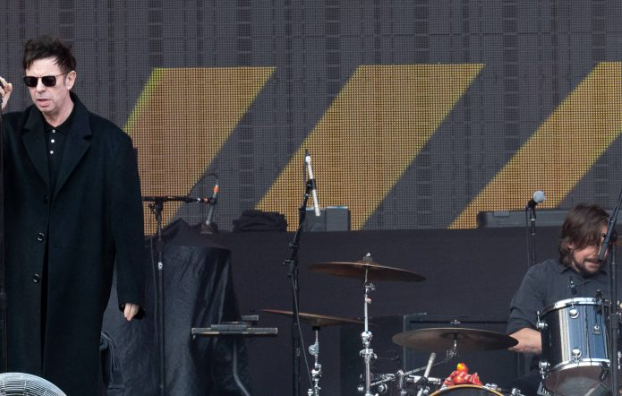 Echo and the Bunnymen have announced a special UK tour for autumn 2023.

The band will play their fourth album “Ocean Rain” in its entirety at four concerts across the country in Nottingham, Edinburgh, their native Liverpool and London’s Royal Albert Hall in September 2023. They will be accompanied by the Royal Liverpool Philharmonic Orchestra.

“Ocean Rain” was released in 1984 and was recorded mainly in Paris with an orchestra of 35 people. It includes songs such as “The Killing Moon”, “Silver” and “Seven Seas”.

Tickets will go on sale at 10:00 on Friday (December 9) — you can buy your tickets here and see the full list of dates below.

Echo and the Bunnymen are also due to appear on Sunday at next year’s Isle of Wight Festival, headlined by Pulp, George Ezra, The Chemical Brothers and Robbie Williams. The post-punk legends have also been confirmed for next year’s Bearded Theory line-up, which will take place in Derbyshire in May 2023.

Elsewhere, the band’s frontman Ian McCulloch recently sang at the funeral of Happy Mondays bassist Paul Ryder, who passed away in August at the age of 58.

Back in June, Echo and the Bunnymen supported The Rolling Stones at their first concert in Liverpool in 50 years as part of their “SIXTY” anniversary tour of the UK and Europe.

Manifest: Season 4 Of The Series To Begin Recordings Soon On...