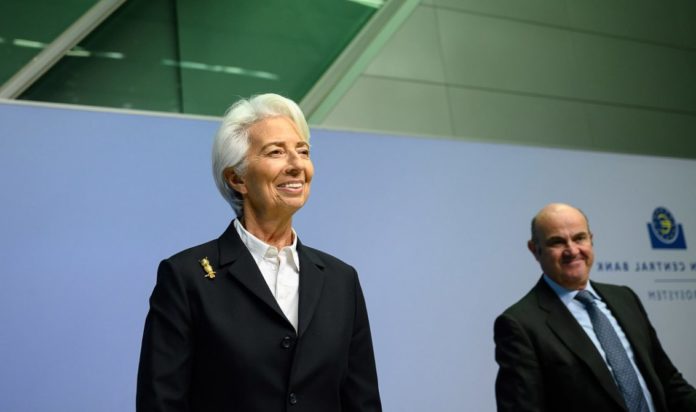 ECB after the FED: 750 billion euro move. The European Central Bank (ECB) has announced that it has launched an emergency bond purchase program of 750 billion euros after an urgent meeting last night.

The European Central Bank Management Council held an urgent meeting yesterday evening on the fight against the economic bottleneck caused by the coronavirus outbreak. As a result of the meeting, it was reported that an emergency bond purchase program of 750 billion Euros was launched in order to reduce the tension in the markets.

“Extraordinary times require extraordinary measures,” said Christine Lagarde, President of the European Central Bank, who issued a post-decision statement. We are determined to use the full potential of our vehicles within our missions. ” used expressions.

Under the 750m-euro program, purchases will be made by the end of 2020, and the program will also include the purchase of Greek bonds. In addition, the statement stated that the emergency bond purchasing program will be finished when the virus outbreak ends, but this will not happen before the end of 2020.

İş Investment International Markets Manager Şant Manukyan commented in the comments he made after this decision of the bank, “Central banks either confuse the crisis with 2008 and do not understand its quality or they are trying to paint their eyes by using large numbers because the instrument is out of their hands.” said.

The American central bank, the FED, has made firm and radical decisions recently. The bank announced that it would open 1.5 and 1-month repo auctions a week ago, injecting 1.5 trillion dollars into the market, after a few days, it reset interest rates and started a new monetary expansion program of $ 700 billion. On top of all this, it was announced that two days ago, 500 billion dollars will be injected to the banks with an overnight repo operation.

See Also
The FED lowers interest rates in the US and injects 700,000 million dollars

The end of a great saga, Fast and Furious is ending

Jungkook shares a selfie to reveal his true personality

Crypto Michael said the fall in XRP would be the bullish...