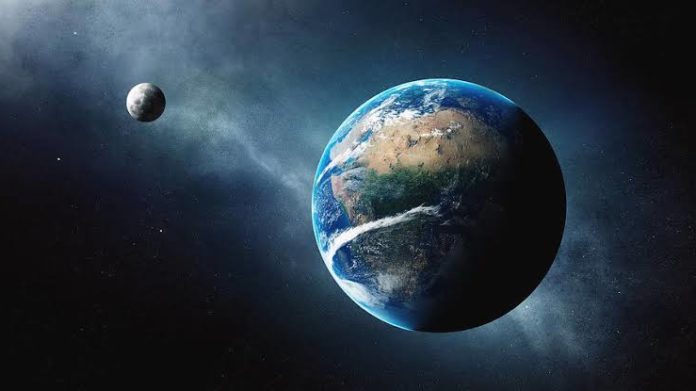 When we say Earth’s satellite, the Moon first comes to mind. However, our satellite, which is part of our lives and gives us beautiful views, is not the only one. Did you know that Earth has another Moon?

We all know the moon, the moon of our world. We were so sure he was the only one that we ever gave him. The brightest thing we see in the night sky, which we enjoy watching, and astronomers enjoy mapping their craters. Besides, it’s the only satellite we’ve ever left to leave footprints.

But what most of us don’t know is that the Moon is not the only natural satellite of Earth. In 1997, another celestial body, 3753 Cruithne, was classified as the Earth’s satellite. In addition, Cruithne revolved around the Earth in the same way as the Moon or artificial satellites, not as a beautiful elliptic, but in the inner part of the solar system in a so-called “horseshoe”.

So why is it called a horseshoe orbit? Suppose that the Earth rotates around the Sun at the same speed and that we look at the solar system. A meteorite is approaching Earth in the form of a horseshoe, then turning back and away. The farthest he goes, the closer he gets to Earth again. After he gets close, he goes back and starts walking away.

Horseshoe orbits are also common in other satellites in the solar system. However, Cruithne’s movement in the solar system creates a scattered ring in Earth’s orbit and swings wide enough to enter both Venus and Mars. Cruithne enters the orbit of the Sun about once a year, but it takes about 800 years to complete its scattered orbit in Earth orbit.

Cruithne is our second Moon, but we have no idea what it looks like. At this point, for us, nothing more than fuzzy pixels. However, it can be said that there is a medium-sized celestial body in the solar system that is not a planet. However, if Cruithne hits Earth, a mass extinction similar to that of the Cretaceous period millions of years ago may occur.

We can learn a lot from Cruithne about the solar system. Like many other asteroids and comets, it contains evidence of how planets are formed, and its striking orbit can be an ideal test ground for understanding how the solar system evolved under gravity.