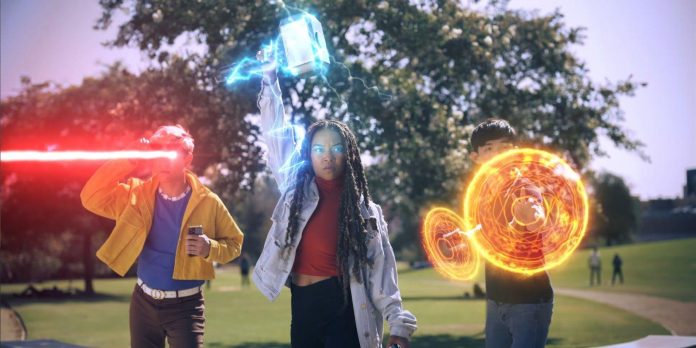 Pokemon GO was one of the biggest video games on the planet when it was released, and stayed there for three whole months. Combining nostalgia with widespread social media attention, Pokemon GO somehow managed to get everyone and their moms to go outside and catch some iconic monsters. While Pokemon GO may have lost its massive luster in a few months, it’s still pretty strong today, and over the past few years, its developer Niantic has attracted the attention of some major franchises.

With the unprecedented success of Pokemon GO, it only made sense that other well-known franchises would want to get in on the action, and soon Niantic was hard at work on some other games that used the same Pokemon GO gameplay formula. On paper, these projects could not fail, but in fact some of them were canceled, and those that were released sank into obscurity, failing to capture the same once-in-a-lifetime hype surrounding Pokemon GO. However, this did not prevent Niantic from continuing to produce Pokemon GO clones, the latest of which was announced at the recent Disney and Marvel Games Showcase.

Every franchise Niantic is currently working on

A year after the release of Pokemon GO in 2016, Niantic announced that it was working hard on a Harry Potter game in a similar style. Eventually it turned out to be Harry Potter: Wizards Unite, another augmented reality game in which players were walking around their neighborhood again, but this time in search of new spells, battles with magical monsters and the discovery of artifacts of the Magical World. While sales of Harry Potter: Wizards Unite were impressive in the first month, revenues declined quite quickly, and the number of players dropped sharply, which eventually led to the closure of the game earlier this year.

In 2019, it was announced that Niantic was working on a Catan game using the already well-known location-based gameplay. In this game, inspired by a board game called Catan: World Explorers, players will move around the real world, creating their own Catan civilizations along the way. Catan: World Explorers will be cancelled at the end of 2021. Niantic has also announced a partnership with the hugely popular Transformers franchise. Announced in June 2021, “Transformers: Heavy Metal” will be canceled just a year later, in June 2022.

In October 2021, Nintendo announced that its Pikmin franchise would receive a mobile phone game. It soon became clear that the new Niantic studio in Tokyo would be leading the project, and just a month later, in November 2021, Pikmin Bloom was released. This time, as the players walk around their surroundings, they will begin to gather followers of small pikmin creatures, which they will then be able to send on missions to collect resources in the world. At the latest Nintendo Direct event, none other than Nintendo legend Shigeru Miyamoto showed up to tell fans about Pikmin Bloom. While the announcement was a bit lackluster for those expecting a different reveal, it really helped draw attention to this Niantic project, which many Nintendo fans completely ignored.

A week ago, Marvel World of Heroes was announced at the Disney and Marvel Games Showcase. Once again offering the usual Niantic style of play, this project may actually be the developer’s biggest project, allowing players to create their own Marvel heroes and explore the world, fighting supervillains and saving their neighborhood from otherworldly threats. According to the developers, Marvel World of Heroes will also allow players to travel to different multiverse, where they will meet even more iconic Marvel characters. Since Marvel is now one of the largest franchises on the planet, it is quite possible that this Niantic game manages to stand out from the crowd and gather a lot of players at launch, as Pokemon GO did.

Pokemon GO is already available for Android and iOS.