Home Entertainment Each clue is only from the murders in the building of the... 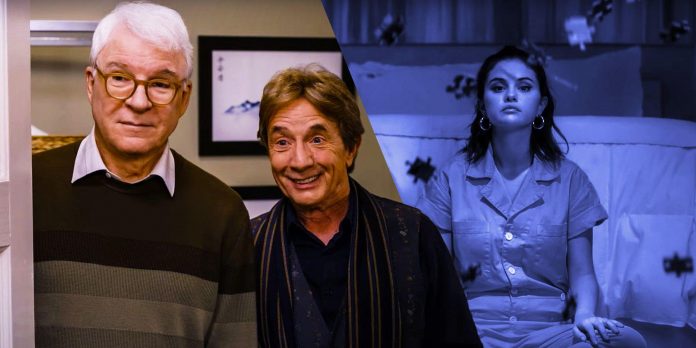 Warning: Spoilers Ahead for Only Murders In The Building season 2.

The question of who killed Bunny is at the fore of Only Murders in the Building season 2 and episodes 1-2 provide plenty of suspects and clues as to the identity of the murderer. With the identity of Tim Kono’s real murderer revealed, the Only Murders trio has shifted their focus to clearing their names in the death of Bunny. While there are plenty of mysteries yet to unravel, several suspects are introduced in the two-part Only Murders season 2 premiere.

From new resident Amy Schumer to Bunny’s mother Leonora, Charles, Mabel, and Oliver have their eyes on plenty of people. Amy seems particularly interested in the Only Murders podcast and too comfy with what is described as their “cozy” characterization of murder. Leonora, on the other hand, desperately wants her expensive painting back from her daughter—but she’s not the only one. Howard and Uma both seem to be after the Rose Cooper painting, too.

Related: One Crime Detail Only Murders In The Building Gets Right Other Shows Don’t

With so many suspects roaming the halls of The Arconia, the gang follows a breadcrumb of clues in Only Murders in the Building season 2, episodes 1 and 2. While they have yet to set their sights on anyone, it’s clear that they’re on the verge of discovery. There are also plenty of clues pointing them in the right direction. Whether they turn out to be red herrings or not remains to be seen, but every clue presented so far in Only Murders season 2 feels pivotal in helping Mabel clear her name of Bunny’s murder.

Prior to Only Murders’ season 2 premiere, the events of Mabel discovering Bunny’s body were fuzzy. This was partly due to Mabel being in shock from finding her with her knitting needle in her chest, but Bunny’s final words to Mabel before she dies are revealed in the Only Murders season 2 premiere. One of those words is “14” and it’s unclear what Bunny means. It’s possible she’s referring to someone who lives on the 14th floor of the apartment building itself, The Arconia. Right now, there’s only one person audiences know who lives on the 14th floor: Charles-Haden Savage.

This also connects to the second and final word that Bunny says before dies: “Savage.” What seems like a clear reference to Charles at first is actually something much deeper. After Bunny’s death, it is revealed that one of her most coveted possessions is a painting by Rose Cooper. Not only is the painting worth a lot of money, but it also depicts Charles’ father in an intimate moment with another woman. While the painting itself turns out to be a forgery, the real one will likely remain a key piece of evidence throughout Only Murders season 2. The series also looks set to dive into the history of The Arconia, with Charles and his father heavily involved in that. While Charles can be counted out as a suspect in Only Murders season 2, his connection to Bunny’s murder may run deep.

During the early stages of their investigation into Bunny’s murder, Oliver, Charles, and Mabel once again find themselves in a compromised position, hiding in Bunny’s closet as Uma and Howard look for the Rose Cooper painting. While hiding, they inadvertently discover a secret elevator that allows them to move through The Arconia without suspicion, dumping them in an alleyway. Later on, the trio uses this elevator to try and replace the painting in Bunny’s apartment, but there’s more to this elevator than just convenience.

Related: Only Murders In The Building Just Addressed Its Biggest Problem

A flashback explains that the architect used the elevator to spy on the residents of The Arconia and violate their privacy and he certainly could’ve built more things like this in the building to make getting in and out easier. These secret passages will likely be explored throughout Only Murders season 2. One thing is made clear in the premiere, though: Bunny’s killer likely used the elevator to murder her and escape before Bunny made her way over to Mabel’s apartment for help.

It’s initially thought that Bunny died of puncture wounds from Mabel’s knitting needle, but Detective Williams reveals that there is a missing murder weapon: a kitchen knife that was used to stab Bunny 8 more times. The whereabouts of this knife remain unknown, but eagle-eyed viewers may have caught the discovery of the missing murder weapon in the Only Murders in the Building season 2 trailer. It looks as if the bloody knife is eventually found in a knife block in Charles’ apartment (just like the Rose Cooper painting), further pointing to the fact that the trio was framed for Bunny’s murder. The discovery of the weapon in Charles’ apartment may further point to his significance in the investigation, though.

The Rose Cooper painting in Only Murders season 2 is quite possibly the most important piece of evidence so far. It provides a direct connection between Charles and Bunny and the history of The Arconia. It is also a key item that the presumed killer is using to frame Charles, Mabel, and Oliver. The painting appears in Charles’ apartment after it goes missing and, when the trio tries to get it back into Bunny’s apartment, it ends up in Amy Schumer’s possession. Meanwhile, there are a few people looking for the painting. Uma and Howard are the first, realizing soon after that it has gone missing.

Bunny’s mother Leonora is also intent on taking the painting back. When she finally tries to reclaim it from Amy Schumer, Leonora realizes that the painting is fake. Whoever has the real painting may be Bunny’s killer or have pertinent information in regards to who killed Bunny at the end of Only Murders season 1. Oliver even finds a note in Bunny’s possessions that says “Bunny Folger, I want that painting,” meaning the real one is out there and Leonora, Uma, and Howard aren’t the only ones looking for it.

Related: Why Only Murders In The Building Is Great For Selena Gomez’s Future

Most interesting, though, is the fact that Charles’ father is one of the subjects of the painting. Leonora reveals that Mr. Savage had an affair with her and Rose Cooper. Plenty of signs are pointing to Charles somehow being connected to Bunny’s murder and while it seems unlikely he’s the killer, his past, like the painting, could hold plenty of answers.

By the end of Only Murders in the Building season 2’s premiere, it is revealed that someone knows the identity of Bunny’s killer. Mrs. Gambolini, Bunny’s parrot, tells Charles, Mabel, and Oliver, “I know who did it.” While the “it” in question remains vague, it certainly seems like the bird is referring to who killed Bunny Folger. Mrs. Gambolini has proven quite vocal in her brief time on the show and it’s possible the bird witnessed who killed Bunny or, at the very least, one of the last people to see her alive besides Mabel.

The remote breakup with Jane Foster from “Thor 2” is better...