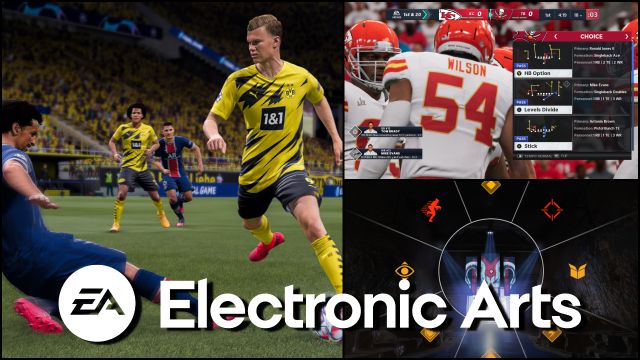 EA: The North American giant thus takes a step forward in terms of access to other small studios and developers to create their own works.Electronic Arts announced on Tuesday a free transfer of its patents and technology related to accessibility, all so that other developers and small studios can create video games with features based on inclusion and easy access.

Technologies used in FIFA, Apex Legends, The Sims 4 and more

This opening of doors represents a step forward on the part of EA when it comes to allowing accessibility in products developed by third parties without having to make expensive investments. Specifically, the North American firm states that there will be five patents assigned, covered with some of the company’s most innovative technologies; all focused on accessibility and designed to “help players with visual, hearing and cognitive disabilities.”

This includes the patent for the well-known “Ping System” issued this August 24 by the United States Patent and Trademark Office. As we have seen in the popular Apex Legends, this technology allows players to communicate through a system ping, widely celebrated for its application as a means of reducing title toxicity and making it more accessible.

This EA “Ping System” is intended for people with hearing, cognitive and speech disabilities. Its solution is to address the communicative register through commands and visual and audio announcements through simple inputs assignable to the controls; instead of resorting to headphones and a microphone.

Three of the patents granted today by EA focus on automatically detecting and modifying colors, brightness and contrast in a video game to improve the visibility of objects with similar luminosities. This translates into a better perception of the content and interaction with it. Electronic Arts also opens the source code of a technical solution concerned with color blindness, brightness and color contrasts in digital content. It can be found on GitHub.

The fifth patent included in the EA assignment relates to custom sound technology. Any player with hearing problems will be able to modify or adapt the music based on their listening preferences. The transfer of these patents from Electronic Arts is consolidated as a measure to make video games accessible to players of all abilities.

Chris Bruzzo, Executive Vice President of Positive Play, Commercial and Marketing, celebrates the announcement: “We hope that developers will make the most of these patents and encourage those with the resources, innovation and creativity to do the same as us, doing your own releases that prioritize accessibility. We appreciate the collaboration with each other on how to move the industry forward together. “

The best movies to watch on Paramount+ right now