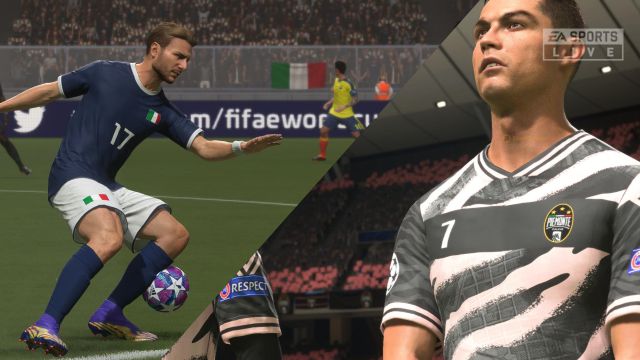 EA Sports and UEFA will collaborate for more years to extend their agreement. We review the licenses of the soccer planet that we would like to see in FIFA.

FIFA 21 has broken all records. In addition to having managed to have a greater number of players than at the same point in the cycle as its predecessor, the saga has reached 325 million copies sold since its inception. The good news from Electronic Arts goes further: its new agreement with UEFA.

EA Sports and the largest European football organization join hands to extend the presence of the Champions League, Europa League and Super Cup in the FIFA franchise. The future is assured; however, what about the rest of the licenses? We review those that we would like to see in future installments.

The mess of Turin and Rome in Serie A

Two of the historic teams in the Italian league got out of hand for FIFA. Juventus Turin said goodbye from FIFA 20, while A.S. Roma did it in the current installment, FIFA 21. A Piemonte Calcio match against Roma FC is not the same. Imagine that one of them happens to reach the final of a European tournament. How would a historical duel ruined by a license mess look? Pro Evolution Soccer took advantage by buying these two pearls of the Mediterranean.

The Russian League: we want the real Moscow derbies

Another of the licenses held by Pro Evolution Soccer is the Russian Premier League, the Russian league in our language. The bear with the colors of the country with capital in Moscow hardly has a presence in FIFA. We can find CSKA Moscow, Spartak Moscow and some more, but up to there. Why not savor their derbies in great detail? His arrival would bring variety to the set of licensed leagues. They have to their credit several historical teams of the last century.

Boca Juniors and River Plate, beyond the Libertadores

The arrival of Conmebol Libertadores brought the return of several famous South American football teams. Being able to revive Boca Juniors against River Plate is a delicious moment for football lovers. Unfortunately, their presence is limited to the fringes of the tournament. To create a career mode with Boca Juniors, for example, you must choose its fictional version: Buenos Aires. Is not the same. Therefore, another of the pending subjects is to be able to offer the fully licensed Argentine league.